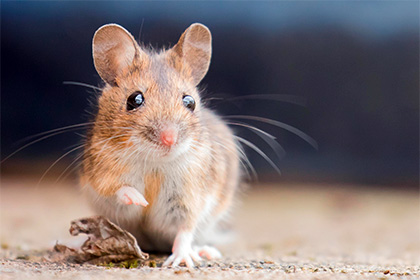 Physiologists at Columbia University found that during exercise in human bones produce the hormone osteocalcin, which increases the performance of muscles. Production of osteocalcin in the body declines with age, starting with 30 years for women and 50 years for men. The article was published in the journal Cell Metabolism.

During exercise in man and animals the level of osteocalcin in the blood increases, however, an important role plays the age. From three mice, the amount of the hormone was four times higher than that of 12-month-old rodents when the animals were subjected to muscle stress during 40 minutes on the treadmill. The young mouse was able to run about 1200 meters, whereas older animals are exhausted get only half that distance.

To verify that a key component that contributes to muscle endurance, is osteocalcin, the researchers conducted experiments on genetically modified mice, the body doesn’t produce the right amount of hormone. Such animals were able to run only 20-30 percent of the distance that overcame the young rodents. Injection of the osteocalcin elderly mice, whose age has reached 12-15 months, returned to the performance of the muscles to the level of three-month animals.

The researchers also showed that people have a level of osteocalcin in the blood also decreases with age, and women change amount of the hormone begins to occur earlier than in men.

To determine the cellular mechanisms underlying the functions of osteocalcin, the scientists measured the levels of glycogen, glucose and acylcarnitines — last, are an indicator of metabolic disorders of organic and fatty acids — in mice with a sufficient amount of the hormone and its deficiency. It turned out that the main function of osteocalcin is to help the muscle tissues during the exercise to absorb glucose and fatty acids.