Scientists specify how tsunamis are formed 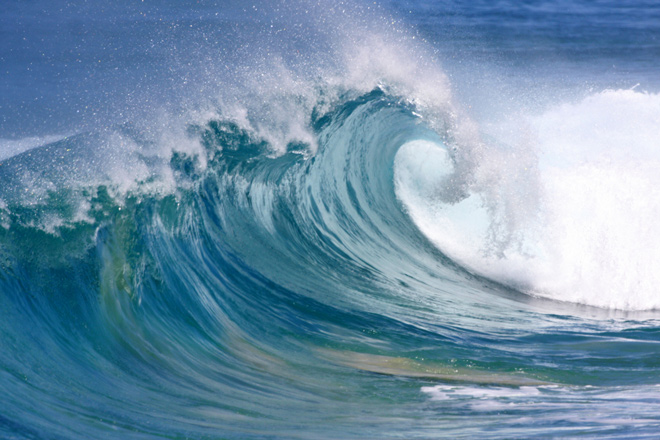 New research NASA calls into question the long-standing theory that tsunamis are formed and acquire their energy mainly from the vertical movement of the seabed.

The undeniable fact was that most tsunamis are the result of massive seabed dislocation – usually due to subduction, or slip of one tectonic plate under another during the earthquake. Experiments conducted in wave reservoirs in the 1970s showed that a vertical uplift of the bottom could cause waves like tsunamis. In the next decade, Japanese scientists modeled the horizontal displacements of the seabed and noticed that the energy received was insignificant. This led to the widely held view that the vertical movement of the seabed is the main factor in the generation of the tsunami.

In 2007, Tony Song, oceanographer of the NASA Jet Propulsion Laboratory, questioned this theory after analyzing a massive earthquake in Sumatra in the Indian Ocean in 2004. Data from the seismograph and GPS showed that the horizontal displacement of the bottom should also be taken into account, since vertical elevation does not provide enough energy to create a powerful tsunami. These results coincided with data on tsunamis collected by satellites NASA / CNES, GEOSAT and Envisat.

“I had all these data that contradicted the generally accepted theory, but more evidence is needed,” recalls Song. The search for additional evidence was based on physics, namely, on the fact that the horizontal movement of the seabed creates kinetic energy, which is proportional to the depth of the ocean and the velocity of the seabed. After a critical evaluation of the experiments with the wave tank in the 1980s, Song found that the reservoirs used did not accurately reflect one of these two variables. They were too small to reproduce the actual relationship between the depth of the ocean and the movement of the seabed that exists in the tsunami. And the wall in the tank, which mimicked the movement of the horizontal seabed, moved too slowly to reproduce the actual speed with which the tectonic plate moves during the earthquake.

“Then I began to believe that these two distortions are responsible for the long-accepted, but misleading, conclusion that horizontal motion produces only a small amount of kinetic energy.”

To test their assumptions, Song and researchers from the University of Oregon in Corvallis modeled the earthquakes in Sumatra and Tohoku in 2004, using both direct measurements and satellite observations. As in the 1980s, they simulated the horizontal movement of land in two different tanks, moving a vertical wall, but using a piston waveguide capable of generating higher speeds. They also took better account of the ratio of the depth of water to the magnitude of the horizontal displacement at the actual tsunami.

New experiments showed that the horizontal displacement of the seabed provided more than half of the energy that caused the 2004 and 2011 tsunami. “It follows from our research that it is necessary to consider not only the vertical but also the horizontal movement of the seabed in order to obtain the total energy transferred to the ocean and predict the tsunami,” concluded co-author Solomon Yim.