Scientists still do not know how the flu spreads 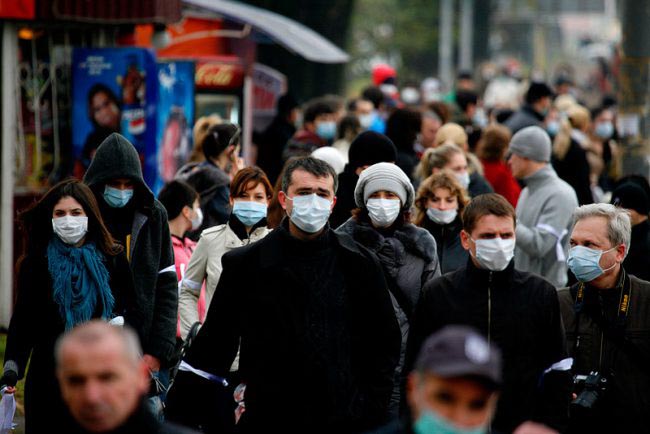 We all know that the influenza virus spreads by airborne droplets. This can be directly when the sick person coughed or sneezed, and a nearby healthy person inhaled the virus-containing air; by means of an aerosol or drops formed during sneezing and coughing and containing vibrios (virus particles); or by direct contact with the discharge of the patient. Nevertheless, scientists still do not know exactly how the flu spreads.

Researchers from the University of Maryland, under the leadership of Professor Donald Milton, decided to find out whether the influenza virus can spread not only when coughing or sneezing, but simply through the breathing of a sick person. About their work, scientists shared in the journal Proceedings of the National Academy of Sciences.

From December 2012 to March 2013, physicians and biologists monitored 355 volunteers, students aged 19 to 22 years who had symptoms of ARVI. 142 of them found the flu, and the rest (healthy) did not take part in the experiments. Each participant in the experiment underwent a procedure for taking samples from the nasopharynx. On the fourth day after the manifestation of symptoms of the disease, people took samples of exhaled air. The man was asked to breathe for 30 minutes into a special device that collects aerosols. During this half hour, large (larger than 5 micrometers in diameter) and small (less than 5 micrometers, but more than 50 nanometers) droplets of exhaled aerosol were collected inside the device. As a result, scientists collected a total of 218 samples from the nasopharynx, as well as breath tests. Then, the scientists analyzed samples and different aerosol fractions for the presence of viral RNA. In addition, to test viable viruses in the discharge of patients, the authors of the work cultivated viral cultures on model cells of canine kidneys.