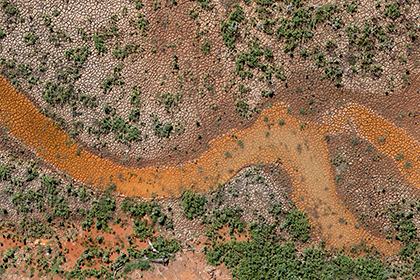 Average temperature of the atmosphere of the planet grows too quickly that this process could be stopped reduction of emissions of greenhouse gases. It is declared by scientists from Harvard University who suggest to use aerosols for chilling of the planet.

Whether Earth will undergo to catastrophic Ice Age soon
The Parisian agreement of 2015 provides that the mankind shan’t allow growth of average temperature of the planet more, than by 1,5 degrees. However data of scientific research show that for achievement of this purpose it is necessary to stop emissions of carbon dioxide almost completely.

With respect thereto scientists suggest to use reflecting sulphatic aerosols. A large number of particles will allow to cool the atmosphere of Earth as it occurs in case of strong volcanic eruptions. Their shortcoming is that they can provoke thinning of an ozone layer.

Researchers came to a conclusion that the suitable aerosol can be formed by the particles containing calcite. The last is capable to neutralize the acids weighed in the atmosphere because of which emergence of ozone gaps is possible. Calcite is spread in crust and meets as a part of limestone. Scientists already started laboratory experiments to test efficiency and safety the kaltsitovykh of aerosols.

Researchers emphasize that even if all possible risks will be reduced to acceptable level, aerosols aren’t the problem resolution of climate change.