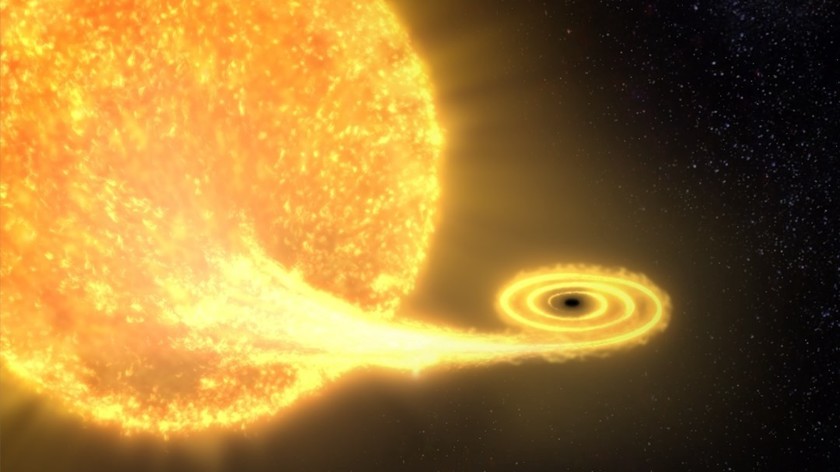 In the legendary story of Ray Bradbury “And the sound of thunder” one butterfly crushed in the distant past led to disastrous changes in the future. Thanks in large part to this story, the term “butterfly effect”, coined by Conrad Lorenz, became popular when the minimal impact on the system causes an avalanche of catastrophic changes.

Physicists Douglas Stanford and Stephen Schenker believe that getting any elementary particle into a black hole is a typical example of such an effect. The fact is that along the edges of the black hole, so-called “Hawking radiation” is generated, which is given by individual elementary particles that managed to escape from the cosmic jaws. But each addition of mass changes the size of a black hole, and the “Hawking radiation” remains beyond the event horizon — that is, where no particle is already able to escape.

Thus, any electron falling into a black hole changes the situation in it so much that it is simply impossible to predict these changes. This leads physicists to the conclusion that inside these mysterious objects there is continuous and endless chaos. We do not know whether such a description has helped you better understand what is happening beyond the horizon of the black hole, but the scientists themselves are confident that their work will help to understand the inconsistency of various physical theories and formulate a theory of quantum gravity.