Scientists: Time exists only in our heads 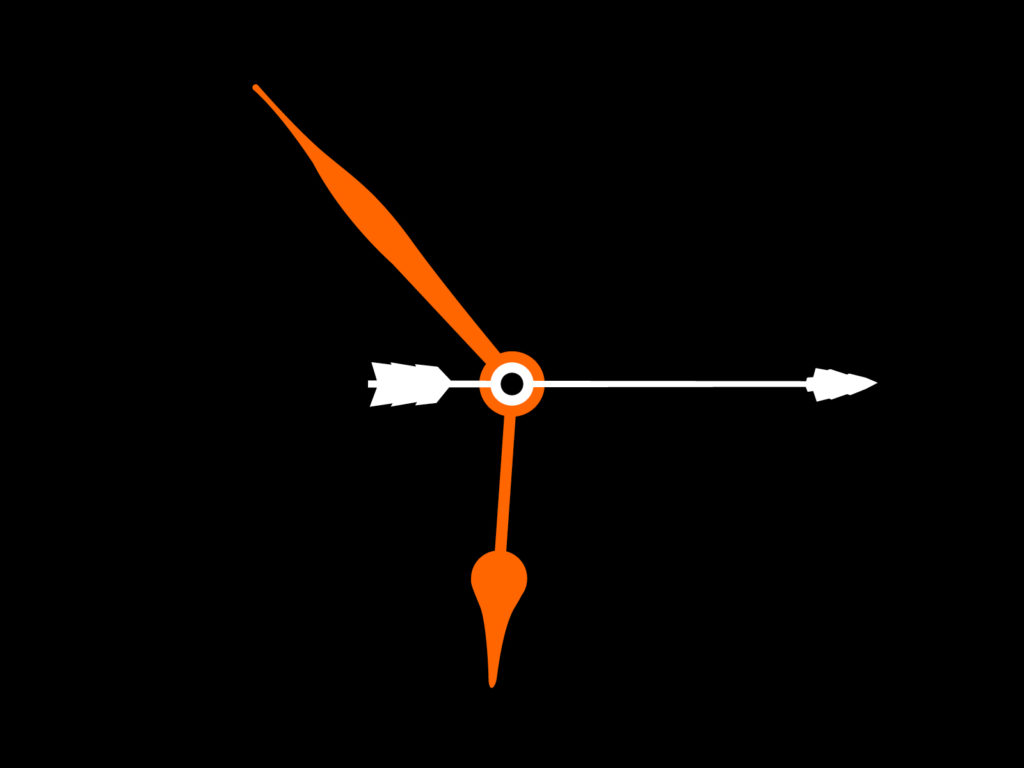 Past. Present. Future. For physics it is all one and the same. However, for you, me and everyone else time moves in only one direction: from expectations to experiences and memories. This linearity is called the time axis (sometimes called the arrow of time), and some physicists believe that it moves in one direction only to humans and other species can perceive it moving only way.

Question time axis-versed scholars for quite some time. And the main aspect lies not in whether there is time but in which direction is time moving really. Many physicists believe that time is evident when a sufficient number of tiny elementary particles, individually controlled a rather strange laws of quantum mechanics, begin to interact with each other and exhibit behaviors that can be explained with the help of the classical laws of physics. However, in the pages of the latest issue of the German journal Annalen der physic (the same magazine which had published a series of articles about Einstein’s special and General theories of relativity, two scientists say that gravity is not strong enough to absolutely all objects of the Universe have followed the principle the direction of the axis of time past — present — future. Instead, scientists believe that the time axis to create third-party observers.

One of the main modern problems of physics is to postroenii quantum mechanics to classical. In quantum mechanics particles can have a composition. For example, one electron can exist in two places at the same time and figure out where what is, not until, until the observation. Here the main aspect is the probability. To find out location it is possible only experimentally.

However, the rules change dramatically, if the electrons begin to interact with other objects, e.g., atoms of air, or in the composition of the dust particles and all kinds of stuff. Here come into force the rules of classical mechanics, and the most important factor of interaction of these particles becomes gravity.

“The position of the electron of each atom is driven by chance,” says Yasunori Nomura, a physicist at the University of California at Berkeley.

But as soon as they begin to interact with larger particles or be part of the object, such as a baseball, all these individual probabilities of their positions are mixed, and the chances of finding all these electrons in a superposition of decrease. So you’ll never see the same baseball can be in two places at once – in the glove of the catcher and flying beyond the field of play.

A time when elementary particle physics collides (merges) with classical mechanics, is called decoherence. From the point of view of physics this occurs when the direction of the flow of time becomes mathematically meaningful. Many physicists believe that the time axis just comes from decoherence.

The most famous theory explaining the principle of decoherence is the equation Wheeler — DeWitt. The theory appeared in 1965, when physicist John Wheeler had a long stay in the airport North Carolina (USA). To “kill time”, he asked his colleague Bruce DeWitt to meet him. The two scientists met and, as usual, began to talk about various theories and “playing with numbers”. At some point, both came to the equation that, according to Wheeler (as DeWitt was more sceptical in this issue), is the seam between quantum and classical mechanics.

The theory was imperfect. However, it was very important for physics. Many scientists agreed that it is an essential tool in the understanding of the strangeness of the process of decoherence and so-called quantum gravity.

Despite the fact that in the equation not included the time variable (in physics, time is measured by change of object from one place to another or change its state), it provides the basis for linking everything in the Universe.

However, in a new scientific article, the two scientists say that in the equation of the Wheeler — DeWitt gravity affects time too slow to be used as a universal time axis.

“If you look at the examples and to carry out the calculations, it turns out that the equation doesn’t explain how there is directionality of time,” says Robert Lanza, biologist, polymath and co-author of the article. (Lanza is a proponent of biocentrism is the theory that biological life creates our reality, time and the universe — that is life creates the universe, and not Vice versa).

Scientist explains this by the fact that quantum particles must retain their properties to the composition until that moment, until they get trapped in the gravity. If gravity is too weak to maintain the interaction between the particles at their decoherence into something larger, and to make the particles move in the same direction it will be unable in any scenario.

If the math cannot solve this question, the answer may lie in the observer. That is, in ourselves. Time moves exactly the way it moves, because we, the people who originally biologically, neurologically and philosophically “programmed” to perceive time in this way. It’s like Schrodinger’s cat on a macro level. It is possible that the far edge of the Universe moves from the past to the future, and not Vice versa. It’s possible that when you look in the telescopes to go from that state and becomes more clear to us the direction of “past — future”.

In his works on the theory of relativity, Einstein showed that time is relative to the observer,” says Lanza.

“Our work develops this idea and suggests that in fact creating myself as the observer.

Call this new theory, of course, impossible. Italian physicist Carlo friend barb. last year published an article about it in the largest open research web library ArXiv.org. Of contradictions in it too. For example, Nomura said that it is unclear how to find out whether the concept of “time observer” is real.

“The answer will depend on whether the concept (the concept of) time to be determined by a mathematical method without the inclusion of observers in the system,” the scientist said.

The authors argue that there is no way to exclude the observer from any equations, since these equations are by default, displayed and analyzed by people.

Nomura also notes that the authors of the theories did not take into account the fact that the universe exists in the so-called transition state “of space-time”.

“When we talk about space-time, we’re talking about already dekorirovaniya.

Of course, Namura did not say that other scientists are completely wrong and that the physics remains incomplete, unfinished and incomplete science (and, interestingly, to argue hard), but he noted that did not agree with the conclusions that were made by these scientists. According to him, as time itself, all interpretations in physics are relative.