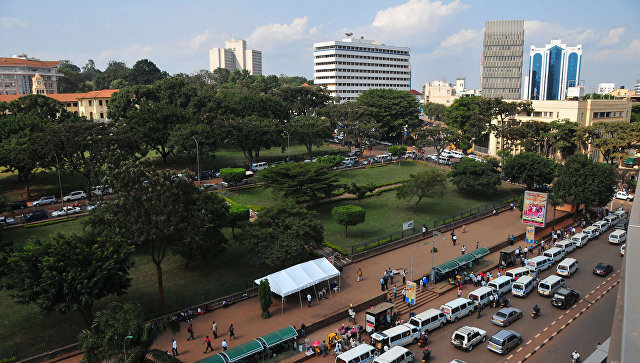 “People can suffer from this non-infectious disease, subconiosis, for decades, before they begin to notice that they are developing” elephantiasis. “It seems that many Western Ugandans have suffered from such problems for more than 30 years before they Drew the attention of physicians, “says Christine Kihembo, a member of the Ugandan Ministry of Health.

Many inhabitants of African countries suffer from the so-called “elephant disease” – a severe leg disease, with the development of which the skin and subcutaneous tissue begin to grow, growing to a gigantic size. The cause of its development, as a rule, becomes infection with nematodes of the species Brugia malayi or Wuchereria bancrofti. These worms penetrate the lymphatic system and clog the blood vessels, causing swelling and other abnormalities that result in the growth of the skin and bones.

Two years ago, as Kihembo relates, Ugandan doctors faced a mysterious epidemic of “elephant disease” in the west of the country where people had never suffered such parasitic infections before. Studying samples of tissues and lymphatic fluid of patients, the scientists were surprised to find that there were no parasites in their body. This strange case attracted the attention of scientists who attempted to uncover the roots of the epidemic.

After studying more than 50 cases of developing the mysterious form of “elephant disease,” Kihembo and her colleagues came to the unexpected conclusion that her pathogen was not worms or other parasitic creatures, but local volcanoes, whose outbreaks affected residents of the epidemic for many years.

The fact is that volcanic ash often contains microscopic crystals that calmly penetrate the skin and cause micro-inflammation. A series of such inflammations lead to the formation of scars and the gradual overgrowing of the lymphatic vessels, causing approximately the same effects as the infection of Brugia malayi or Wuchereria bancrofti.

Why did the outbreak of this disease begin only now, and not in the distant past? As explained by the researchers, this is partly to blame for the man – in the mid-1960s the forests covering these ash outbursts were settled by the settlers under fields for cultivation of crops.

After several decades, the first cases of “elephant disease” began to appear, but no one paid attention to them, since such “volcanic” forms of this ailment had never been seen before in Uganda, but only in Ethiopia, where about one million people suffer from them.

To prevent further spread of the disease, scientists recommend that local residents use shoes when working in the fields and less believe local sorcerers and shamans who believe that this disease is caused by elephant excrement. The authorities of Uganda, as Kihembo emphasizes, must constantly conduct campaigns to inform residents about the real causes of the disease and how to protect it from it.