Scientists told how to restore the extinct Turanian tiger 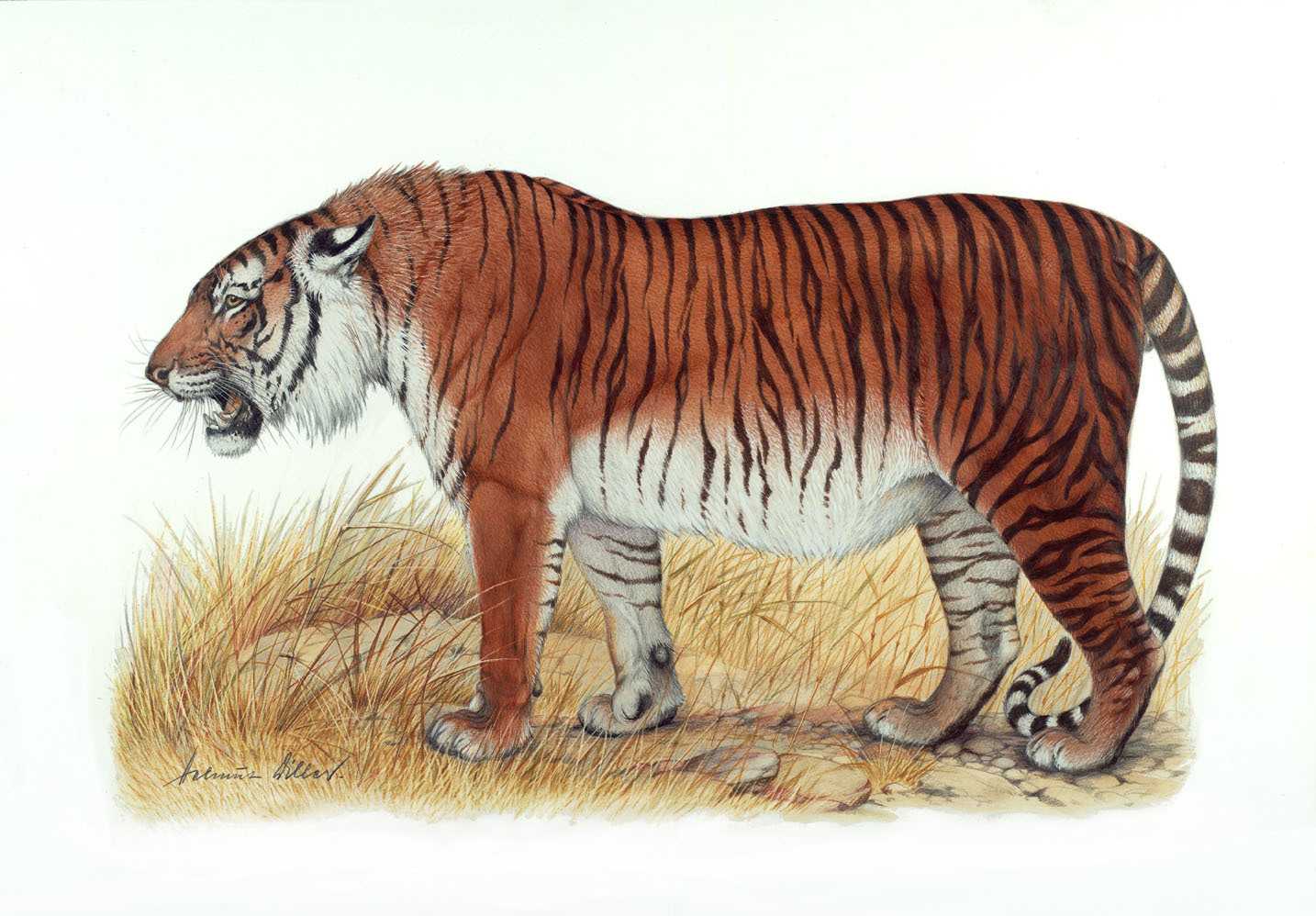 An international group of scientists presented the strategy for the restoration of the Turan tiger (Panthera tigris virgata) extinct in the XX century. A study published in the journal Biological Conservation.

Panthera Tigris is a tiger subspecies that inhabited the Caucasus, Northern Iran and Central Asia. The main reasons for its extinction are considered to be the mass cultivation of lands in floodplains (decreasing food resources) and the active destruction by the Soviet authorities. Killing predators was associated with potential danger, although local residents did not consider these animals as a threat. Officially, the disappearance of the Turanian tiger is dated 1970.

Previously, scientists have shown that due to the low variability of mitochondrial DNA (mtDNA) Turan tiger are genetically very close to the Amur tiger (Panthera tigris altaica), which now is an endangered species. Theoretically, this allows to consider the possibility of restoring extinct populations due to the information of both types into one. With this objective discusses the implementation of the program of reintroduction of the Turan tiger Kazakhstan.

To find out what difficulties may be encountered in the program, scientists from the Moscow branch of the world wildlife Fund (WWF) and the state University of new York studied the history of the Turan tiger and built a model of its reintroduction. Analysis of the literature showed that the total area that was occupied by this subspecies, was very wide and was about 800-900 thousand square kilometres, or two or three individuals per 100 square kilometers.

Turan tigers lived in the reed (reed) Bush in close proximity to natural bodies of water — streams or rivers. According to the authors, the estimated location of the national Park for reintroduction in the area of lake Ballah (South shore) meets these requirements. Also for cultivation of suitable predators, the Delta of the ili river, which flows into the lake. The total area of these territories is estimated at 7 thousand square kilometers.

Scientists estimate that this area may be sufficient for the emergence 69-98 Turanian tigers in the next 50 years. To implement the program need to fulfill a number of conditions. So, the regional authorities must halt the degradation of coastal areas caused by uncontrolled fires. In addition, the tigers will need a forage base (artiodactyls and an odd-toed ungulate mammals), which restoration will take five to 15 years.

The third condition of the program the researchers believe the security measures of the local population. Finally, population growth will be possible only in the case of a stable water regime of lake Balkhash and the ili river. The last part is on the territory of China, therefore, the authorities of Kazakhstan should carry out a program within the framework of foreign partnerships. The effectiveness of such cooperation will depend on the viability of ecosystems: from reeds to production.