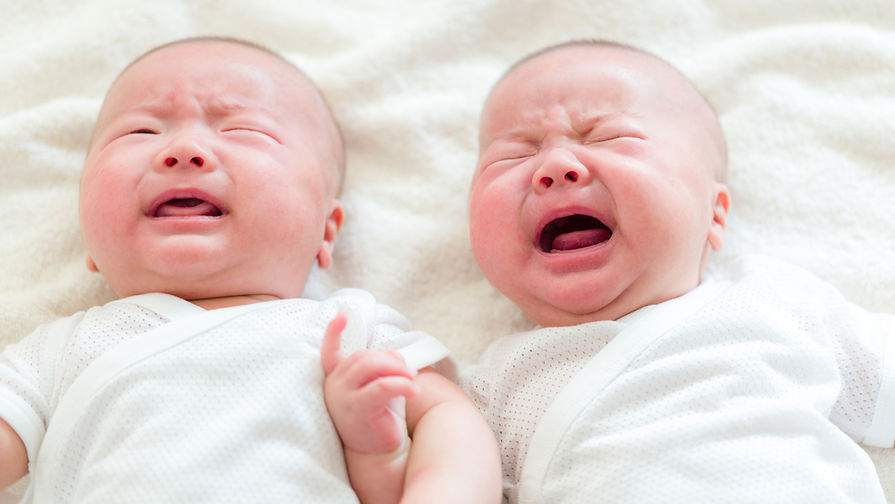 Removal of the CCR5 gene in twins from China can improve their memory and cognitive abilities, and also help them recover more quickly in the event of a stroke, an international team of scientists found out. He Jiankui, who changed the genome of children, denies that he was going to influence their intelligence.

In 2018, twin girls with a modified genome were born in China — the scientist He Jiankui increased their resistance to HIV infection. A change in the genome could have affected the brain of girls, improving their memory and cognitive abilities, as well as increasing their chances of recovery from a stroke or a traumatic brain injury, according to neuroscientists.

Jiankui changed the DNA of embryos obtained from seven couples who went to doctors for artificial insemination. Future fathers were HIV-positive, mothers were HIV-negative. Pregnancy was achieved only in one case. The goal of editing was to endow children with HIV immunity – a feature with which some people are born. Disclosure of names or other parents’ data is prohibited.

The task was to “turn off” the CCR5 gene, which is associated with the formation of a protein that allows the virus to enter the cell. Jiankui allegedly was able to do this using the CRISPR method and in November 2018, twin girls were born from the edited embryos. At the same time, in one of them both copies of the CCR5 gene were changed, while the other received both a modified and unchanged copy of the gene. The second child will still be able to get HIV, but it is not known how much it will be reduced.

Jiankuya’s intentions were not to influence the brain of children.

However, back in 2016, a team of researchers led by neurobiologist Alsino Silva from the University of California at Los Angeles showed that the CCR5 gene is associated with cognitive abilities – its removal from the genome of mice significantly improved their memory.

A new study by an international team of scientists led by Silva, published in the journal Cell, showed that when the CCR5 gene is “turned off” with the help of the HIV treatment drug, it can be done to restore the mice after a stroke more quickly and completely.

Moreover, scientists have found that people born without this gene are also more quickly and fully restored after a stroke than the rest of the population.

Silva and his colleagues devoted years to searching for genes and other biological pathways, the effects of which with the help of drugs could help the brain recover from a stroke or injury. Now CCR5 has become one of those candidates.

Scientists have blocked the work of the gene in mice with the help of the drug Maraviroc, since 2007, used to treat HIV. The decrease in gene activity in the motor neurons of the brain markedly accelerated the recovery of the brain.

The researchers also selected 68 people without CCR5 and 446 volunteers for the control group. Among those who suffered a stroke, people without CCR5 quickly restored motor and cognitive abilities. The exact mechanism of the effect of the gene on the work of the brain is not yet clear.

According to Thomas Carmichael, one of the authors of the work, in healthy people, in learning and memorizing processes, CCR5 plays the role of a “brake”, reducing the excitability of neurons. In the case of a stroke, this function can reduce the possible damage to the brain, but later it prevents it from forming new neural connections and repairing damage.

Thus, according to Carmichael, the best option would be to give the patient drugs that block the activity of CCR5 5–7 days after a stroke and continue treatment for about three months.

In addition, those who lacked at least one copy of CCR5 were better off in school, which suggests a possible connection of this gene with intelligence.

“We were the first to report the function of CCR5 in the human brain and the first to establish its connection with a higher level of education,” emphasizes Carmichael. He calls this discovery “tempting” and insists on further exploring the issue.

“Most likely, yes, genome editing has affected children’s brains,” Jiankuya comments on Silva. – These mutations are likely to affect the cognitive abilities of twins. But the exact impact is impossible to predict, which is why it was not worth doing. ”

He also notes that Jiankui did not ask his group for advice. However, at the Second International Summit on Human Genetic Editing in Hong Kong, where Jiankui reported on another, still unborn, GM child, Jiankui admitted that he was aware of Silva’s work.

When Silva heard about the birth of children with the “off” CCR5, the first thing he thought about was experiments with intelligence.

“I suddenly realized: oh shit, they took this nonsense seriously,” he recalls. “My reaction was inner disgust and sadness.”

Silva also draws attention to the difference between helping sick people and trying to improve the intelligence of healthy people. He urges to leave the DNA of healthy people alone – so far not accumulated a sufficient amount of knowledge that would improve intelligence through genetic intervention. However, the scientist does not deny this possibility – as well as the fact that interfering with the work of the CCR5 can lead to unintended consequences.