Scientists took video of the birth of lightning during thunderstorms 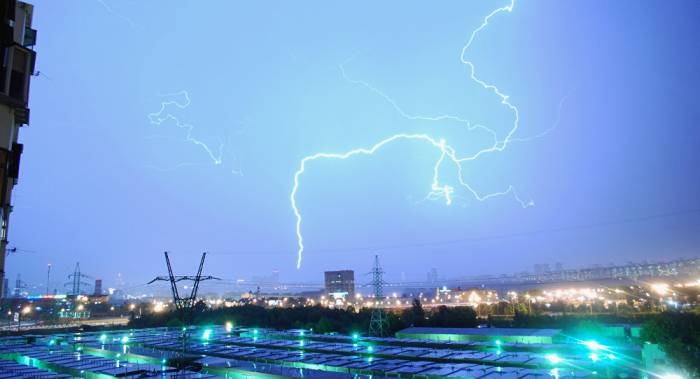 Scientists from the Florida Institute of Technology has received high-quality footage of how does a lightning during a thunderstorm, using a camera that can shoot at a rate of 7000 frames per second, according to the press service of the University.

The nature of lightning, was unraveled in 1749 the American scientist Benjamin Franklin, who established that lightning is an electrical discharge between a thundercloud and the ground. Until now, scientists believed that the accumulation of negative charges in the cloud between him and the surface electric field occurs, and when it reaches a certain energy threshold, there is a “breakdown” occurs and an electric discharge is lightning.

In the beginning of this decade, thanks to research by Russian physicists, the picture became more complicated – was that the birth of lightning involved cosmic rays, acting as a “trigger” for flares of electricity. In addition, data from the satellite “Chibis-M” indicated that the zippers are a multi-level structure, so-called fractals, physical properties and arrangement of microwells which are all identical to the lightning in General.

For this reason, and Russian physicists and astronomers and their international colleagues are actively studying lightning and related processes in the atmosphere. For example, in 2019 IKI plans to continue the “space” studies of lightning using probe Chibis-AI”.

On the other side of the ocean physics from Florida Institute of Technology studying lightning from the Earth’s surface using special high speed cameras that are able to capture the whole process of birth discharge with super high speed. With such devices, according to scientists, they will apply for studying how a response born of flash on the surface of the Earth during a lightning strike and the different flow of electric current moving from the bottom up.

As a demonstration of her health, the scientists took video of the lightning flash which struck the ground near the building of the Institute in Melbourne last Friday. As the researchers hope, these videos will help them discover new, previously unknown details of the process of the birth of lightning and the reaction of the lithosphere on them.