Scientists try to solve the riddle of Hercules Hands 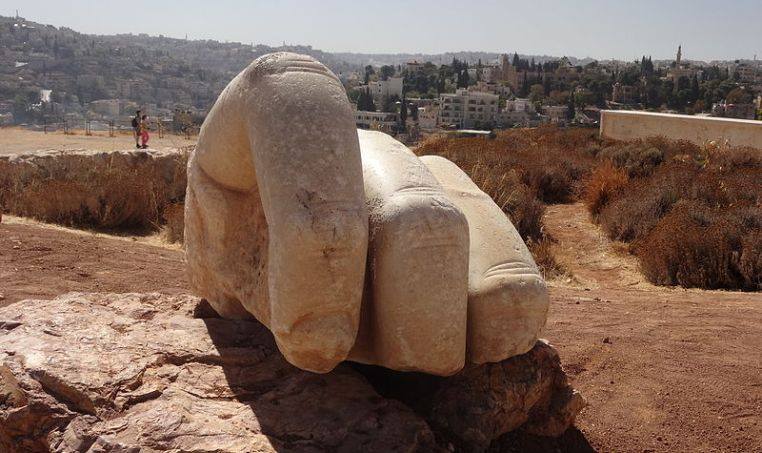 The hand of Hercules was called a massive fragment of an ancient statue. She was excavated in Amman, the capital of Jordan.

Scientists believe that the fragment was part of the colossal marble statue of the demigod Hercules. The Roman temple of Hercules was located in this place, reports Ancient Origin.
In addition to three fingers of the hand, scientists found his elbow. There are no other parts anywhere.

Yordan was ruled by Rome in the 1st century BC. The city of Amman was called Philadelphia. In the Jordanian capital, the Roman theater and other sights are still preserved.

The temple of Hercules was built under the rule of the Emperor Aurelius. Historians are convinced that the construction was not completed. Only part of the temple was decorated with sculptures and columns.

Historians and archaeologists can not understand where the rest of the statue of Hercules is. They are not even entirely sure whether this monument is dedicated to Hercules.