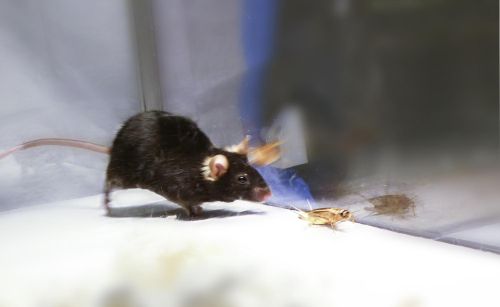 Researchers at Yale University have isolated the area in the brain of mice, responsible for predatory behavior, and as a result was able to turn the rodents into real killers, more like the behavior of the zombies from the movies.

A study published in the journal Cell. One set of neurons in the amygdala, the brain center of emotions and motivations, causes the animal to chase prey. Another set of signals causes the muscles of the jaw and neck to bite and kill.

Scientists using optogenetic, there are special sensors that activate neurons by light stimulation, was isolated and selectively activated, each set of neurons. When the laser was turned off, the animals behaved normally. But it was enough to turn on the laser, as the mouse turned into real zombies of “the Walking dead”, chasing and biting everything in their path, including bottle caps and wooden sticks.

But the analogy with the zombies is only true to a certain extent. Mouse hunted wisely, only their reflexes and thirst to kill has increased significantly. Moreover, they do not attack the other mice in the cage. Predatory behaviour was also influenced by hunger. Hungry mouse stalking its prey is much more aggressive than their well-fed relatives. “The system is not only responsible for General aggression. She seems to be connected with the desire of the animal to get food,” says Professor Ivan de Araujo, head of research.

The researchers also specially cut each type of neurons. They found that if damage to the neurons associated with the biting and the killing of animals rushed for prey, but to kill her could not. The bite force decreased by 50%. Now scientists try to find out what kind of sensory information triggers these neural circuits and examine how these two modules — the persecution and murder — are coordinated with each other.