Scientists unraveled the mystery of the Giants’ Road 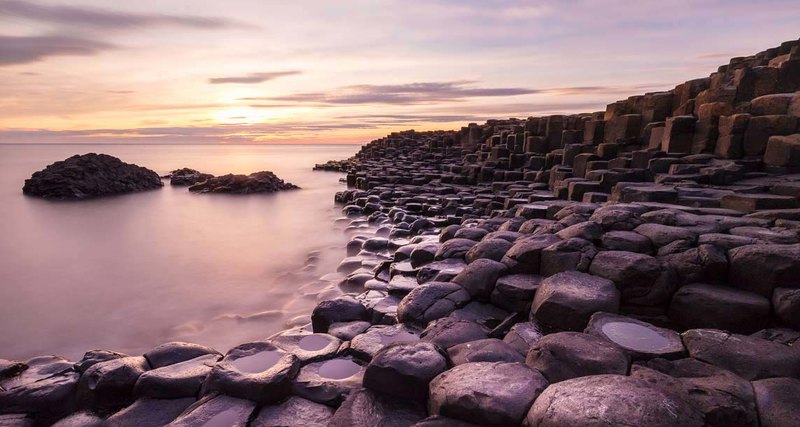 Geologists from Liverpool University conducted a series of experiments and found out exactly what geological processes led to the formation of unusual, geometrically correct rocks in Ireland and California. Moreover, they were able to recreate this miracle of nature!

Unusual rock formations, known as the “Devil’s Pillars” in California and the “Giant Trail” in Northern Ireland, have attracted curious tourists for generations. Now scientists for the first time were able to recreate the process that led to the formation of such unusual, geometrically correct rocks.

The gigantic trail consists of approximately 40,000 interconnected basalt columns, which outwardly resemble a gutted pathway – hence the name. According to Irish mythology, it used to be part of the bridge between Ireland and Scotland, which the giants used for their military campaigns. In the case of the Devil’s Pillars, mythology is silent – but people have long been cautious about this place and assumed that it was under the rule of supernatural forces. Similar basalt columns were discovered not only at these two points, but also all over the world – from Gilbert Hill in Mumbai to the Svartifos waterfall in Iceland.

To find out how such unusual formations arose, a team of researchers from Liverpool University built an apparatus designed to recreate the original geological processes. They took basalt samples from Ireland and secured the column with clamps at each end. After this, the stone was heated to 1000 ° C – at this temperature, basalt is again converted into molten lava.

After softening, the magmatic mass was placed under the press. After that, it remained only to cool the stone, and scientists were able to track the moment after which a familiar geometric pattern emerges from the lava. As it turned out, magma turns into a rock already at 980 ° C, and when it cools down to 90-140 ° C the rock begins to break down.

Understanding how temperature affects the formation of basaltic rocks will help not only to find out how nature could create bizarre rocks, but it will also tell volcanologists interesting details about how volcanoes actually are built.

“Knowing the turning point, after which the cooling of the magma qualitatively affects its structure, will allow us to create controlled geothermal wells and in the future to use them for extraction of geothermal energy,” said Dr. Jackie Kendrick, one of the researchers.