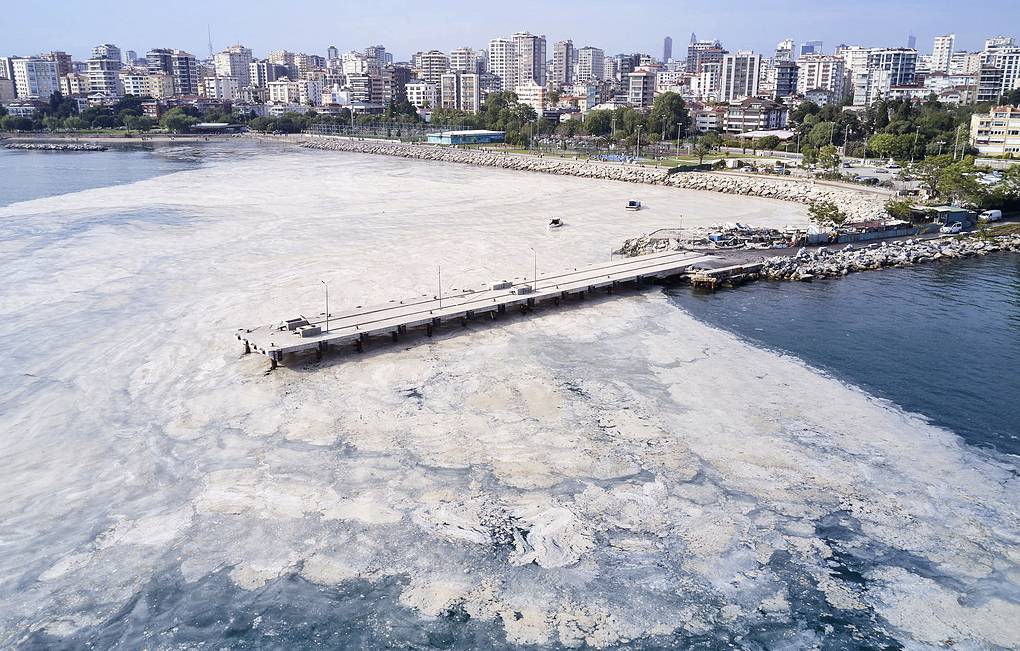 Accumulations of sea mucus have been rediscovered in the Sea of ​​Marmara off the coast of Istanbul. Turkish scientists warn of the possibility of a repeat of last year’s environmental disaster in the sea basin, which took more than three months to eliminate, NTV reported on Tuesday.

“With the advent of warm weather, accumulations of brown sea mucus began to appear, they were found in the Sea of ​​​​Marmara near the Asian part of Istanbul, near the Princes’ Islands, in a number of other places. The situation caused concern among scientists who note that the discharge of raw sewage and industrial waste into the Sea of ​​​​Marmara continues, this contributes to the reproduction of microalgae (phytoplankton), which create colonies of sea mucus,” the TV channel notes.

The Türkiye newspaper recalls that in March 2021, accumulations of sea mucus were discovered in the Sea of ​​​​Marmara, which connects the Aegean and Black Seas, for the first time in the last 14 years, which led to the cessation of the fishing season and the closure of tourist facilities. In June last year, Turkish authorities announced an action plan to combat sea mucus and fined dozens of companies for polluting the sea.

“The only way to combat sea mucus is to reduce the level of pollution in the Sea of ​​Marmara. It can no longer withstand such a degree of pollution,” Mustafa Sari, dean of one of the faculties of Bandirma University, told the newspaper. In his opinion, it will take at least three years to clean up the water area from production waste. “The sea cannot wait, it is necessary to strengthen control over industrial enterprises, mobilize central and local authorities, as well as ordinary citizens to help the Sea of ​​Marmara,” he added.

Microalgae are a natural inhabitant of the Sea of ​​Marmara and are usually practically invisible to the naked eye. Rising water temperatures and wastewater lead to their rapid reproduction.