Scientists were able to reverse the time 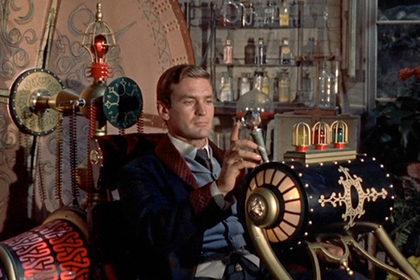 The international group of physicists managed to reverse the course of time for a pair of interconnected particles. Researchers have proved that for quantum-interconnected qubits (quantum bits) spontaneously violated the second law of thermodynamics, according to which in isolated systems all processes go only in the direction of increasing entropy.

According to the second law of thermodynamics, time goes only in one direction, in which disorder (entropy) increases in macroscopic systems. For example, heat is transferred from heated to cold bodies, but it is never transferred from cold bodies to heated ones. Uni-directionality is explained within the framework of statistics, since the states of disorder in which bodies can be located are much larger than the ordered ones. The rotation of the arrow of time, that is, the transition from disorder to order, is thus much less likely.

However, in quantum systems such a transition is considered practicable. It is shown that for a system consisting of two interconnected (correlated) qubits, which are particles with half-integral spin, the time arrow is able to reverse. Scientists using nuclear magnetic resonance, in which atomic nuclei absorb electromagnetic energy, “heated” the two qubits to different temperatures, changing the energy of their spins. After this, physicists tracked experimentally the changes in their temperature and, thus, determined the direction of the heat flux.

The nuclei of carbon-13 and hydrogen in a solution of chloroform were taken as qubits. The solution was placed inside a superconducting magnet that generated a static electromagnetic field directed in the longitudinal direction. The system of interconnected particles was manipulated using transverse radio frequency fields. Scientists have followed the process of energy transfer between nuclei on a scale of several milliseconds, which is much less than the time for which the correlation is violated.

The researchers found that in a condition where the particles are not interconnected, the time arrow has the usual direction. The cold quarthe was heated, and the hot one cooled down. In the case when the qubits were correlated, that is, they are quantum entangled, the heat spontaneously flowed in the opposite direction. According to scientists, this phenomenon should occur in systems consisting of more interconnected particles.