Scientists will drill a well to the Earth’s mantle 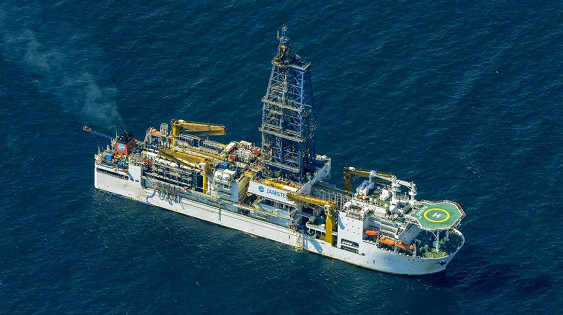 Marine geologists of Japan are beginning to choose a place for a new attempt to drill through the earth’s crust and reach the mantle.

People live happily and work on the ISS, at an altitude of more than 350 km, but here in the depths of their own planet, people never got there. Over the past half-century, several attempts have been made to break through the thickness of the entire earth’s crust to the mantle itself. The most famous of them was the project of the Kola superdeep well, which reached 12 km, but could not overcome the continental crust layer. The last of such attempts took place in the sea, where the thickness of the crust is much smaller, but by the end of 2016 and the American expedition JOIDES 360 ended in failure.

Now scientists from the Japanese Agency for Science and Technology for the Study of Marine Resources (JAMSTEC) are selected to the cherished border. They also bore an oceanic crust, using the ship “Tikyu”, laid down specially for JAMSTEC back in 2001 and launched six years later. Equipped with drilling equipment Mitsubishi Heavy Industries, this is one of the giants of sea drilling: with a displacement of 57 thousand tons, the ship is able to reach a depth of 10 km below sea level.

Now, a new goal has been announced for him, and in September 2017, Japanese specialists will conduct preliminary research in the sea near the Hawaiian Islands. Then other perspective points near the coast of Mexico and Costa Rica will be explored. Scientists expect that in total it is necessary to drill through 6 km of the oceanic crust, starting from a depth of 3.5 to 4.5 km below sea level. Geologists are full of enthusiasm: according to the representative of JAMSTEC, modern technologies and materials promise that this time the cherished goal will be achieved.

However, getting to the mantle material is only one of the tasks of the future expedition. In addition, scientists are going to explore the boundary between the mantle and the oceanic crust, are interested in the structure and structure of the crust itself and hope to discover new, previously unknown organisms that can inhabit the lithosphere. All this is extremely intriguing, but the JAMSTEC management plans to start drilling not earlier than 2030.