Scientists will study the “lost world” in Antarctica 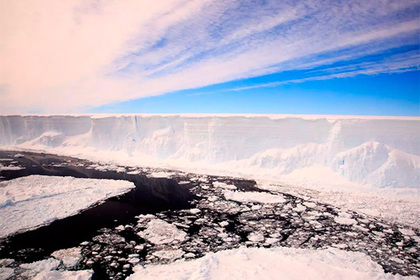 Scientists of the British Antarctic Survey planned an expedition to a marine ecosystem formerly located under the Larsen S ice shelf in Antarctica and cut off from the light for 120,000 years.

Light again began to penetrate the water column in this region after the iceberg broke off in 1981 from the iceberg A-68 with an area of ​​about six thousand square kilometers. A piece of ice moved toward the Southern Ocean, freeing up the water. Researchers plan to explore a previously inaccessible ecosystem before the changed environmental conditions lead to its disappearance.

They are going to describe the marine animals met in the region, take samples of microorganisms and plankton, and take samples of rocks and sea water. During the expedition scientists will use satellite monitoring data to find the way to the ecosystem among the ice.

Larsen is the northernmost of the remaining large glaciers of Antarctica. Observations of its destruction are conducted by several scientists. In particular, the MIDAS team has been following the shelf since 2011. In 2002, part of the Larsen B glacier was destroyed, in area comparable to the territory of the American island of Long Island. According to scientists, the appearance of A-68 will lead to faster melting of Larsen.