Sea cows can disappear from the face of the earth 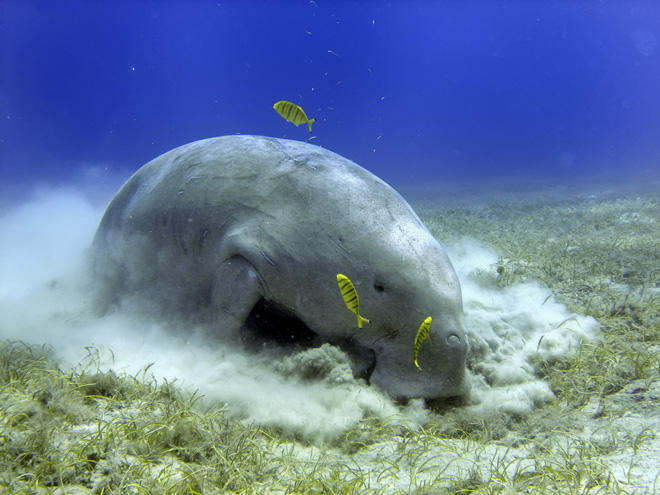 Dugongs, or sea cows, can disappear from the face of the earth, the United Nations warns. Lovely animals who became a prototype of beautiful mermaids from myths and legends suffer from poachers, pollution of water and death of algas. Sometimes dugongs die in sea road accidents, interfering with with courts.

In the nature there were 120 thousand individuals of sea cows. The figure seems impressive, but taking into account a huge area of dwelling of dugongs, is not big at all.

To help dugongs survive only the person can. The main task on which realization welfare of the whole look depends — preservation and restitution of populations of tropical algas. Such projects already started in Indonesia, Madagascar, Malaysia, Mozambique, the Solomon Islands, Sri Lanka, Timor-Leshti and Vanuatu.

A day one dugongs 45 kg of algas are required, and sea cows near the coast at a depth no more than 20 meters “are grazed”. This zone most of all becomes soiled because of activity of the person. Except algas, dugongs eat nothing. Therefore if algas perish — sea cows perish.

The project on protection of dugongs with the budget of $6 million was started in 2015. In December, 2018 its realization will come to an end. Whether there will be dugongs by this moment in safety — it is impossible to claim.