Sea Devil, who asked for help, was filmed 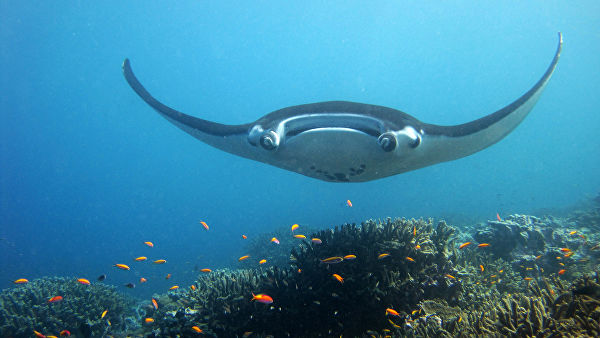 A three-meter manta ray, called the sea devil, sailed up to a group of swimmers off the northwest coast of Australia to help him get rid of the fish hook in his eye, reports The Sun.

One of them turned out to be underwater photographer Jake Wilton, who often swims around the Ningalu Reef and has seen this particular ramp more than once.

The locals called the fish Freckles. Jake told us that Freckle approached him and put an eye in which the fish hook was stuck. Jake decided that the manta recognized him and believed that he could help her.

According to marine biologist Monty Hall, who was aboard the boat at the time, the manta did not move while Jake dived several times trying to remove the hook. Since he had only a mask at his disposal, the task was rather difficult. But one of the attempts was crowned with success. If the hook had not been removed, Freckle could become infected, go blind, and even die.