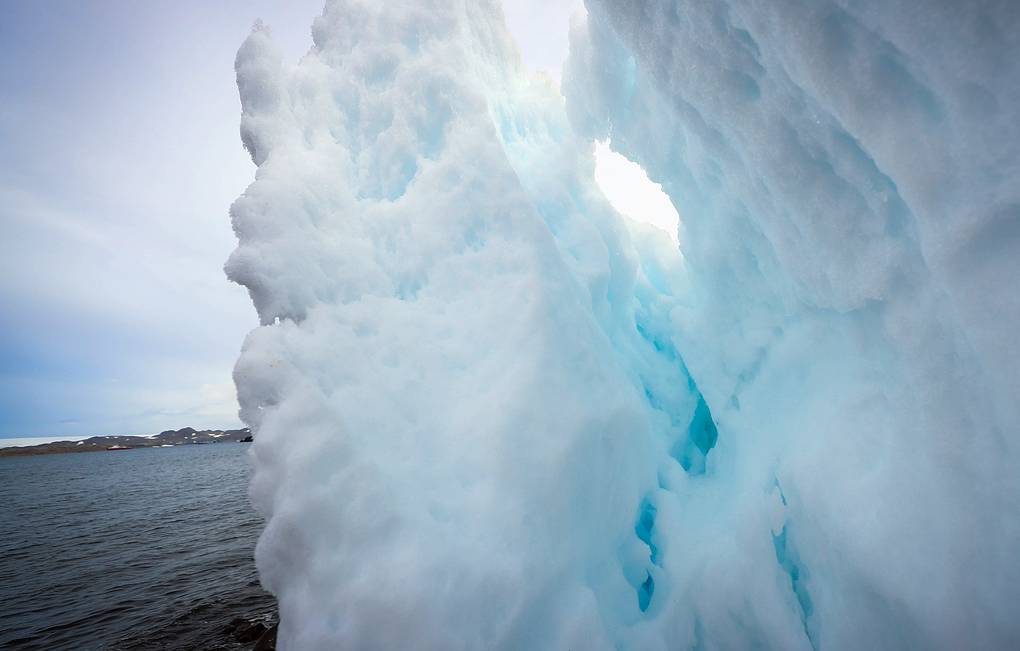 Climatologists have found the first reliable evidence that the 18-20 meter rise in sea levels at the end of the Ice Age was associated with the melting of the northern rather than the southern polar cap. An article describing their research was published in the scientific journal Nature Communications.

The last ice age began 2.8 million years ago. Then the average temperatures on Earth fell sharply, and the area of ​​the polar caps increased. As a result, the level of the World Ocean decreased by several tens of meters, and many islands, for example, Britain and New Guinea, became peninsulas.

About 14.7 thousand years, the sea level rose sharply: it reached modern values ​​in just 500 years. This could have happened as a result of the retreat of the polar caps and the ingress of a large amount of melt water into the oceans. However, scientists have not yet come to a consensus about where exactly this water came from.

The fact is that the first attempts to calculate or find traces of these processes led to contradictory results. Some of them indicated that the increase in sea level was mainly due to the melting of glaciers in Antarctica, while others indicated that the source of the melt water was the continental glaciers of the northern hemisphere.

British researchers suggested that such discrepancies were due to the fact that geologists worked mainly off the coast of tropical or equatorial islands, which are located very far from areas where glaciers used to be. Therefore, the authors of the new study tried to find geological traces of sea level fluctuations in the temperate latitudes of the Northern Hemisphere.

During the search, scientists noticed that many of the lakes of the northwest coast of Scotland in the recent past were part of the oceans. They found themselves isolated due to the fact that the height of many coastal regions of Britain increased by several tens of meters after the glaciers retreated and stopped pressing on the rocks of the island.

Thanks to this, such lakes have preserved the chemical and geological traces of the processes that took place near them shortly before isolation, when the glaciers had already melted. Scientists have used this to assess the role that glaciers in the Northern Hemisphere played in the rise in sea levels at the end of the Ice Age.

It turned out that almost all of this increase was associated with the melting of the northern, not the southern ice cap, including the glaciers of Eurasia, North America and Greenland. Scientists’ calculations show that, in total, these ice massifs have lost about twice as much water over 500 years as it is now in the Greenland ice cap.

“Our next step is to understand the mechanisms that triggered the melting of the northern polar caps, as well as to assess how the influx of huge amounts of fresh water has affected the circulation of currents in the North Atlantic. Answers to these questions are critical to understanding whether the further reduction of glaciers will lead to Greenland to stop the Gulf Stream, which will greatly affect the climate of Britain and all of Europe, “summed up Pippa Whitehouse, assistant professor at the University of Durham and one of the authors of the study.