Sea lightning is much more powerful than terrestrial 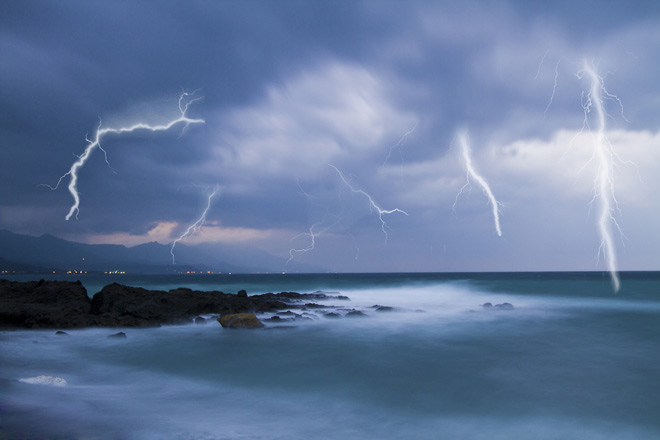 People who live or work near the sea shore are most at risk of a super-strong lightning strike. This conclusion was reached by researchers from the Institute of Technology in Florida, who discovered that lightning can be much more powerful over the ocean than above the ground.

Scientists have analyzed lightning over the areas of Florida and its coasts, using data from the National Lightning Detection Network in the United States (NLDN). Some previous indirect observations have indicated that discharges over sea water are particularly strong. A new study confirms these assumptions for the first time by independent measurements.

Researchers studying lightning examine in detail each electrical discharge in the atmosphere to better understand how it was formed. A lot of physical processes fit into fractions of a second, when charged particles in thunderclouds form in the descending streams of electricity, which “attach” to electrical currents rising from land or water, forming a familiar zigzag.

In the course of their research, scientists measured peak discharge currents over land and ocean from 2013 to 2015 and calculated the duration of a “negative step lightning” – an electric current that moves down to earth from a thunderstorm cloud. When this lightning touches the ground, the current surge, usually with a peak value of about 30 kiloamperes, flows upward toward the cloud. The duration of negative step lightning over the ocean was significantly shorter than over the land. This indicates that they carry more charge, and this leads to a stronger subsequent surge of current from the ground.

The authors found that during the water strikes in western Florida, the average duration of the stepped lightning was 17% shorter over the ocean than above the land, and in eastern Florida its average duration was 21-39% shorter in the two oceanic regions than in the Drier. The relationship between the duration of the lightning and its peak current showed that lightning with peak currents of more than 50 kiloamperes are twice as likely to occur in oceanic thunderstorms.

These data indicate that people living near the ocean can be seriously affected by a lightning strike when storms develop over the oceans and move ashore. A new understanding of the nature of lightning could explain how to build coastal infrastructure and ships in order to minimize the risk from supercharges generated over the sea.