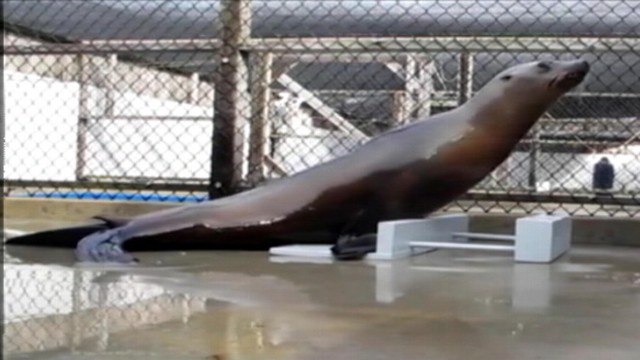 Ronan, a seven-year sea lion from California, became an Internet star three years ago. What is special about it? Have Ronan has the ability, which is not enough for many people — a sense of rhythm.

She definitely nods to the beat of a metronome, disco and even under the song “Backstreet boys”, said the scientists who worked with her at the University of California at Santa Cruz (USA).

Previously, the theory that only people can react to music, denied a dancing cockatoo Snowball. Since then, researchers have documented a sense of rhythm in chimpanzees, bonobos and budgies.

Now Ronan raised their musical skills to a new level. A lioness can easily switch from one rhythm to another. To check on Ronan, she included favorite song “Wonderful country Boogie of” Earth, Wind Fire at different speeds. The animal showed a remarkable ability to adapt quickly and precisely to synchronize movement of body with music.

Peter cook, Andrew rouse, who work with Ronan, I believe that the results of the study can shed light on the biology of musicianship. The scientists used a sophisticated mathematical equation that is used to describe the human’s heartbeat, and found that the movements of Ronan consistent with this model.