Conventional scallops are the owners of some of the most complex and “advanced” eyes on Earth – they are similar in principle to their device on the “Hubble” and other modern optical telescopes.

“The enigma of how the eyes of the sea scallop works caused scientists to rack their brains for at least two centuries, and it was not until 1960 that physicists realized that the image formed in them was due to the fact that the inner surface of the eye is a concave mirror reflecting light on the retina located “How this mirror works and what it consists of remained a mystery to us,” says Benjamin Palmer of the Weizmann Institute of Science in Rehovot, Israel.

The eyes of people and many other mammals contain two types of photosensitive cells – cones and rods. The cones allow us to distinguish colors, but they only work when the illumination is sufficiently high, and the sticks allow us to see the silhouettes of objects in the dim light of stars or the moon.

As shown by recent experiments, the number of different types of cones and their functions differ markedly in different groups and even genera of animals – for example, a person has three kinds of cones, and some species of birds and reptiles – four types, one of which allows them to see ultraviolet radiation . Other animals, for example, mantis shrimp, have an even more exotic vision system, containing 12 different photoreceptors, each of which distinguishes a certain color. 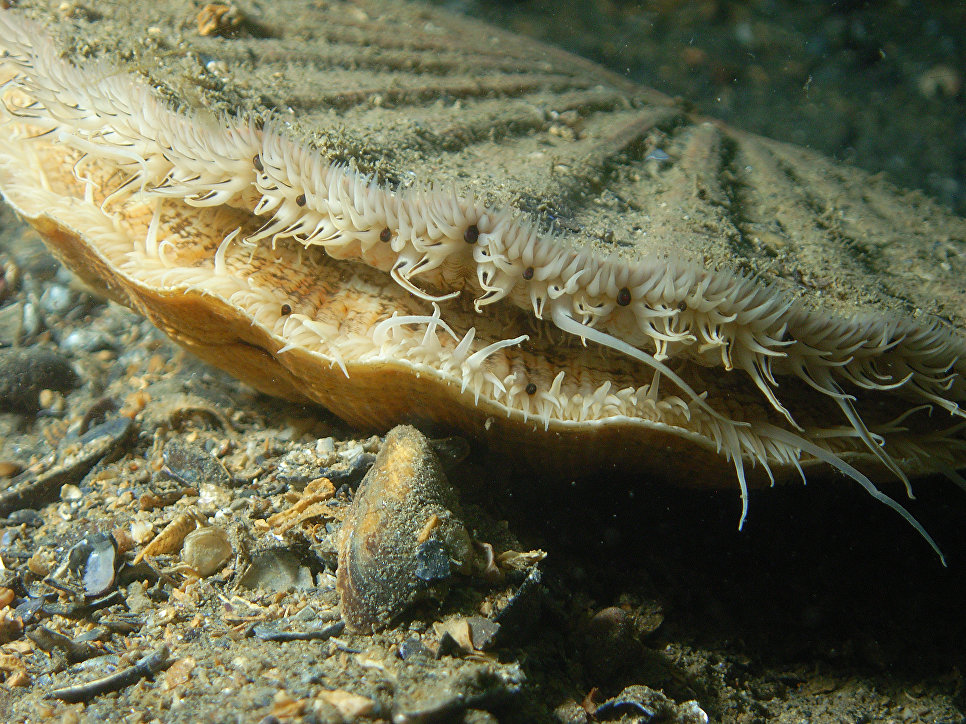 The scallop of St. James

Palmer and his colleagues discovered an even more complex optical “invention” of nature, trying to understand how the eyes of one of the most amazing shellfish, the scallops of St. James (Pecten maximus), whose flesh can be bought in any large supermarket are arranged.

Unlike other bivalve mollusks, this invertebrate creature has a set of two hundred perfectly full eyes, which it uses to navigate in space and freely swim through the depths of the oceans and seas. Each scallop eye contains two retinas consisting of approximately 500,000 cells containing two different types of photoreceptors, the principles of operation and the very purpose of which remained a mystery to scientists.

Israeli and Swedish physicists discovered the principles of their work by freezing several such eyes in liquid nitrogen, cutting them into thin layers and enlightening them with a scanning electron microscope. This allowed scientists to obtain a three-dimensional computer model of the eye and understand how light interacts with each of its components.

Much to the astonishment of the scientists, the principles of this eye were most recalled not by the organs of the eyes of other animals, but by the most modern optical telescopes, such as Hubble, VLT or Keck. The key part of these telescopes is not a lens – they are missing in principle, but two mirrors of an unusual shape that focus light at one point.

Similar mirrors are present in the eyes of St. James’s scallops – one of them is located under their “posterior” retina, and the second is under the second retina located next to the pupil, the presence of which in the eye of a molluscan scientists could not previously explain. 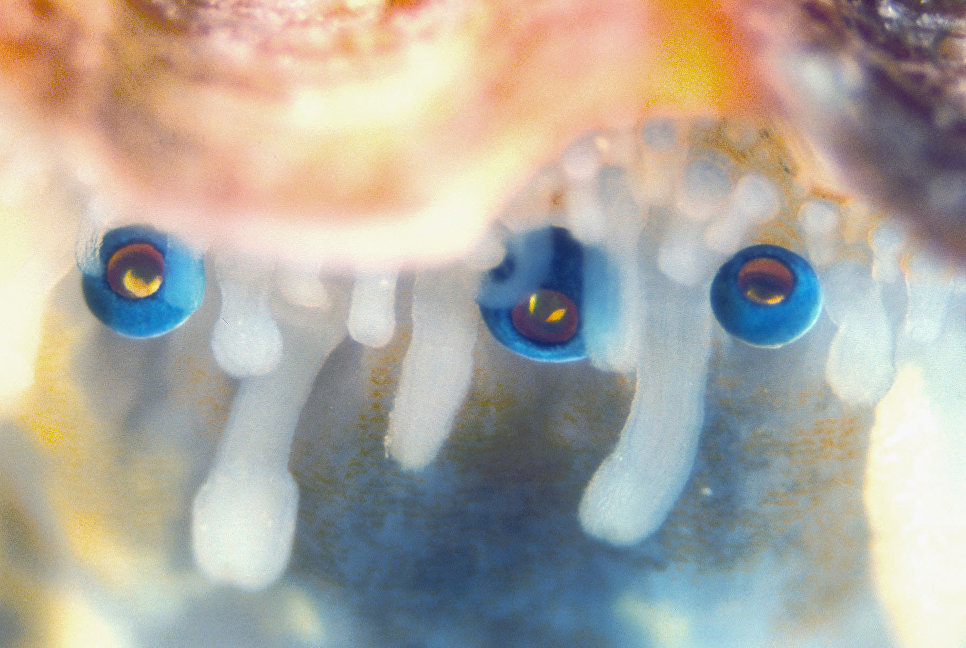 Eyes of the scallop of St. James

Interestingly, not only the arrangement of the mirrors of telescopes and their “living” analogues, but also their “construction” – the reflecting surface in the eyes of mollusks is composed of many small “tiles” of special biocrystals, the position of which the animal can flexibly control. The composite mirrors of the Keck telescope and the main mirror of James Webb, a space observatory under construction, are similarly constructed, which will replace Hubble at the end of 2018.

Thanks to such technological “innovations”, scallops, as noted by scientists, have sufficiently sharp and “fast” eyes with a very wide field of view, about 250 degrees, without using the lens or other “expensive” structures, the maintenance of which requires a lot of energy .

As physicists suggest, eye-scallop telescopes can find their application not only when creating new astronomical devices, but also in other fields of science and technology, where compact optical devices are needed that can focus light at very wide viewing angles.