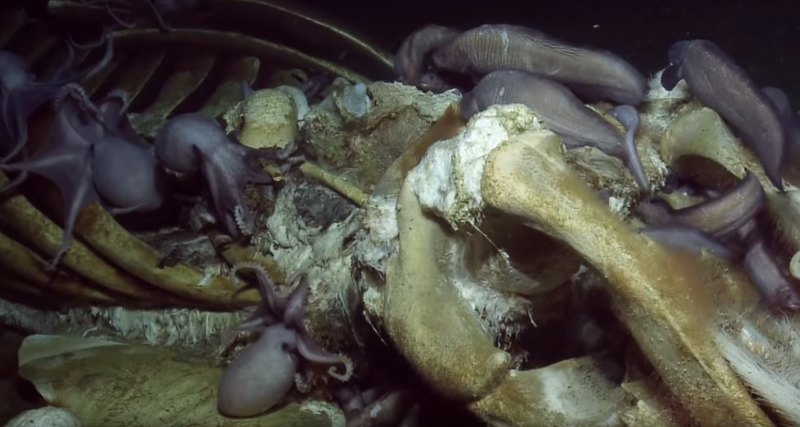 Researchers sank to the bottom of the ocean in the bathyscaphe to see firsthand how many bottom scavengers devour the remains of a whale, turning it into a pile of bones.

The expedition of the Nautilus project discovered a real “octopus garden” in the territory of the National Marine Reserve of Monterey Bay – a nesting site for over 1000 Muusoctopus robustus females, which attach “bubbles” with their offspring to bare rocks.

Having descended to the bottom of the ocean, scientists witnessed how dozens of octopuses and other lovers fell to deal with the corpse of a huge whale, clinging to it like a living cover. It is amazing how a single body, even after death, becomes a source of a vital resource for an incredible variety of living things!