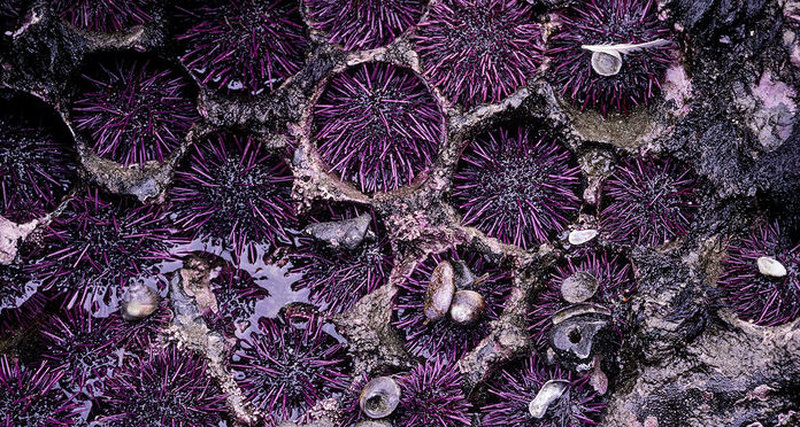 Scientists have found out that sea urchins are able to eat in the granite reef impressive cavities, which play the role of their shelters.

Beautiful and very prickly sea urchins usually choose their place under the nest in a cozy depression somewhere on a rocky reef. For many years, naturalists have argued about whether these hedgehogs find the “holes” or create them themselves. So far, there has been no evidence, but a new study, published recently in PLOS ONE, has placed all the points above i. The scientists spent a year observing the purple sea urchins (Strongylocentrotus purpuratus, pictured above) growing on sandstone, mudstone and granite reef areas that were transferred to the laboratory. Researchers have found that hedgehogs indeed in a few months dig themselves nests, while on clay and sandy reefs they are deeper than on granite ones.

A year later the scientists caught the hedgehogs and dismembered them, examining the digestive tracts in search of soil deposits. It turned out that hedgehogs actually absorb the substrate to form a suitable habitat and provide a stable place for rest, reproduction and protection from a predator. Researchers report that bioerosion on hedgehog-covered sandy reefs is roughly equivalent to erosion caused by a river-about 200 tons of sediment per hectare. The next time you walk along a sandy beach, know that some of its plots have appeared not without the help of gluttonous sea animals.