Seasonal flu epidemic this winter will be very severe 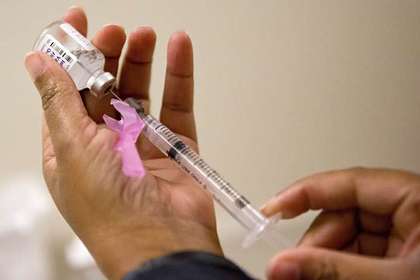 U.S. health experts predicted that the seasonal influenza epidemic in the winter of 2019-2020 could be very severe compared to other outbreaks over the past 15 years. This is indicated by the fact that the widespread spread of certain strains of viruses has begun several months earlier than usual.

According to experts, the types of influenza viruses that cause infections in March and April are now infecting people in the southern states of the United States. This type of infection does not pose a serious threat to the elderly, who usually account for a large proportion of deaths, but is a threat to the health of children and people under 50 years of age.

The country has already registered 1.7 million influenza cases, 16,000 people have been hospitalized, and the number of deaths has reached 900. Symptoms include fever, vomiting and diarrhoea. The previous season of influenza, which was moderate, albeit prolonged, ended with 49,000 deaths and 590,000 hospitalizations. Between 2017 and 2018, the influenza epidemic was more deadly, killing 61,000 Americans.

The flu season is likely to peak this month, which would have been unusually early. The flu season usually does not reach its climax until February. According to experts, this could be a harbinger of a very bad epidemiological situation.