Secrets of the Earth’s core 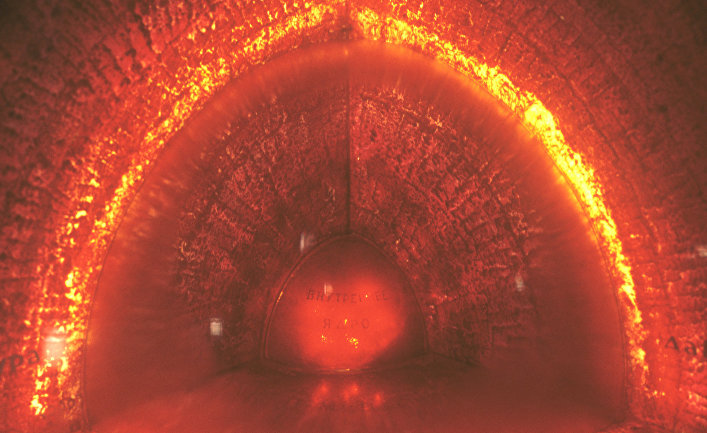 The core of our planet is iron. But now scientists are realizing that is still spinning in the maelstrom in the center of the Earth. The heartbeat of our planet remains a mystery to scientists trying to discover how the Earth was formed and what went into its creation. In recent research they were able to recreate a powerful pressure acting at the center of our planet that allowed scientists to look at the early period of its existence and even understand how earth’s core may look like now.

About his discovery, they reported in the latest issue of the journal Science. “If we can figure out what elements make up the core, we can better understand the conditions under which was formed the Earth, and this in turn will give us more information about the early history of the Solar system,” says geochemist Anat Shahar (Shahar Anat), working in Washington at the Carnegie institution for science. It will also allow scientists to get an idea of how other rocky planets formed in our Solar system and beyond.

The earth was formed about 4.6 billion years ago as a result of countless collisions of rigid bodies the size of Mars to the small asteroid. As you increase the mass of the early Earth was increasing its internal pressure and temperature.

It affected as iron, constituting a large part of the earth’s core, engage in chemical reactions with lighter elements such as hydrogen, oxygen and carbon as well as heavy metals, separated from the mantle and trapped in the inner part of the Earth. The mantle is the layer located directly under the earth’s crust, and movement of molten rock in this region result in the movement of tectonic plates.

Scientists have long understood that temperature changes can affect the extent to which isotope of this element, like iron, becomes part of the kernel. This process is called isotope fractionation.

However, until now the pressure was not considered a critical variable influencing this process. “In the 60-ies and 70-ies of experiments were conducted in search of the effects of such pressure, but scientists found nothing,” says Shahar. — But now we know that the pressure at which they conducted the experiments (about two GPA), was not powerful enough”.

In 2009, another research team published a paper in which he suggested that pressure could affect the elements in the earth’s core. So Shahar with his team decided to investigate its influence, using equipment that creates pressure up to 40 GPA. It’s a lot closer to 60 GPA, which scientists consider the average value in the early period of Earth formation.

In the course of experiments conducted at the advanced photon source at the Carnegie Institute in Washington, scientists placed between two diamonds with small samples of iron, mixed with hydrogen, carbon and oxygen. Then plane these diamond grip pushed together, creating enormous pressure.

Subsequently, the converted samples of iron were subjected to x-ray bombardment of high energy. “We use x-rays to test the vibrational properties of iron phases,” said Shahar. Different frequencies of vibration indicate which isotopes of iron are among the samples.

Scientists have found that such pressure does affect the isotopic fractionation. In particular, the research team found that the reaction between iron and hydrogen or carbon, which must be present in the nucleus, must leave behind a characteristic footprint in the rock of the mantle. But to find such a trail failed.

“Therefore, we believe that hydrogen and carbon were not the main light elements in the core,” said Shahar.
But the combination of iron and oxygen could not leave traces in the mantle, as shown by the experiments of scientists. It is therefore possible that oxygen could be one of the easiest elements in the earth’s core.

These findings support the hypothesis that oxygen and silicon are the basis of light elements dissolved in the core of the Earth, says geophysicist from the California Institute of technology in Pasadena Joseph O’rourke (Joseph O’rourke), who was not involved in this study.

“Oxygen and silicon are present in abundance in the mantle, and we know that at high temperature and under great pressure they dissolve in iron,” he said. — Because oxygen and silicon are guaranteed to be part of the kernel, other candidates such as hydrogen and carbon little chance”.

Shahar said that her team intends to repeat the experiment with silicon and sulfur, which may be part of the kernel. Now, when they were able to show that pressure can affect the fractionation, the team wants to look at the effect of pressure and temperature in combination. They believe that results may differ from those cases where the pressure and temperature are used singly. “The experiments we conducted on samples of solid iron at room temperature. But when forming the core, all was in the molten state,” said Shahar.

Insights from these experiments can be related to planets located outside our Solar system, scientists say. “The fact that we only see the surface or the atmosphere of exoplanets, — said Shahar. “But how the inner part of affected by what is happening on the surface? The answer to this question will affect whether or not there is life on this planet”.