Secrets of the living water of Lake Elgygytgyn 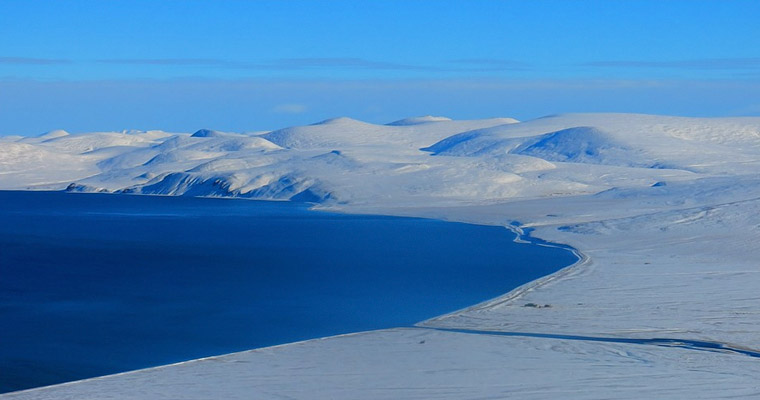 The scientific value of Lake Baikal, for example, knows both old and young. But about the oldest lake, Elgygytgyn, which is known for about 3.5 million years.

Elgygytgyn in the translation of the Chukchi language means “a lake of non-melting ice.” Most of the year the surface of the lake and the truth is icebound. But by the middle of July the ice crust usually thaws, inviting scientists and tourists to enjoy the beauty of the lake and to learn its silent secrets. Crater Lake is located only 350 kilometers from the city of Pevek and the first expedition to it was made by Academician Sergei Obruchev and his team. In his book “Eritord’s Crater,” he describes Elgygytgyn as a strange and eerie place. If you believe his notes, then on February 21, 1936 the sunrise was ominous, because five bands of red clouds over a gloomy black cavity opened to his gaze. Today the lake is still little studied and is of interest not only for Russian, but also for foreign scientists. After all, the mystery of the origin of the lake has not yet been uncovered, and as a result of drilling the bottom of Elgygytgyn, there were speculations that the “fall” of the appearance of the mysterious reservoir could be the fall of the meteorite.

The age of the lake is so great, because this part of Chukotka has never been exposed to ice and there were no glaciers in the basin of Lake Elgygytgyn. In comparison with the overwhelming number of ecosystems, life in this reservoir has existed for more than 3 million years. There are many rare species of fish. That’s why the water on the lake is alive, it never gets warmer than 3 degrees and keeps many mysteries in it. For example, there is a legend that in the depths of the lake a monster lives like Nessie and sometimes it rushes to the surface with a noise, and then again disappears into the water column. Scientists suggest that this effect can produce methane, which bursts onto the surface with bubbles. There are also more unlikely legends, for example, a story about a shaman who had an icy head. He, as befits a real shaman, lived in seclusion and did not like to be disturbed by his peace. If the peace was broken, the shaman was angry and could send sickness and curses to those who disturbed him. But the most basic legend associated with Lake Elgygytgyn is Kalilgu. A monster with a huge mouth, which according to the legend of the Chukchi was eaten by singles who found themselves on the shore. In indigenous peoples, the lake was considered bad and unkind, once again no one dared to approach or drive cattle to him.