Senile hypertension was a “disease of civilization” 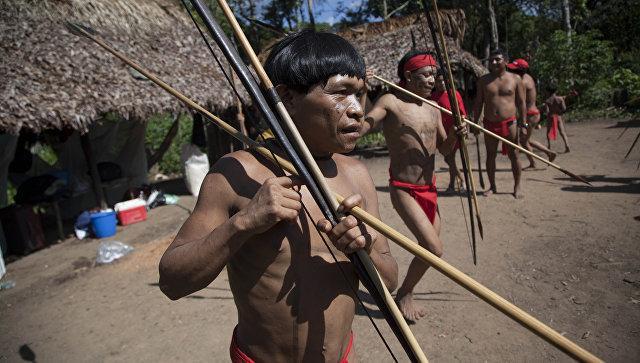 Observations on the life of the famous primitive “cruel people” Yanomamo and other Amazons showed that they did not suffer from hypertension in their advanced years. This indicates the special role of the “Western diet” and civilization in the development of heart disease, scientists write in the journal JAMA Cardiology.

“The main dogma of cardiology is that pressure inevitably increases with age. On the other hand, observations of non-European peoples show that this dependence among them may not be. We tested this idea by observing two tribes of Indians, one of whom lives isolated from the rest of the world, “write Noel Mueller from John Hopkins University in Baltimore (USA).

Today, most scientists believe that diet and certain foods have a strong impact not only on a person’s weight, but also on the health of his brain, blood vessels, heart and other key organs of the body.

For example, recently scientists have shown that eating large quantities of olive oil and Mediterranean dishes significantly reduces the chances of dying from a stroke or heart attack, and an excessively large amount of salt in food, on the contrary, worsens the health of the heart and blood vessels.

Some of these beneficial and harmful effects are related to how food affects the intestinal microflora, while others are due to various molecules and trace elements that directly affect the functioning of the organs and the chemical composition of the blood. For example, scientists recently found a special substance in vegetables and fish that directly improves the functioning of the heart and blood vessels.

Mueller and his colleagues found an unexpected confirmation of this hypothesis, watching how often representatives of two tribes of Amazonian Indians – Yanomamo and Yekwana – suffered from hypertension in old age, adulthood and youth.

Both of these groups of Indians, “stuck” in the Stone Age, have been studied for many years by anthropologists, arguing around the theories of Thomas Hobbes and Jean-Jacques Rousseau about the “natural state” of man. Yanomamo, as Muller notes, still does not come into contact with civilization, and Yekwana have already managed to get acquainted with its fruits.

The scientists tried to use these differences to check whether the Western diet, medications and other attributes of “modern life” affect the health of their hearts and blood vessels. To do this, scientists interviewed representatives of these tribes, as well as measured their pressure, blood sugar levels, weight, height and other vital signs.

As it turned out, even the short-term influence of civilization was enough to radically change the life of the Yekwana Indians. Their average weight increased by about 7 kilograms, and the pressure – by 5-10 millimeters of mercury.

Similar differences became more pronounced as the age of the Indians increased. This was due to the fact that the pressure of “civilized” Indians increased on average by about 0.25 millimeters of mercury for each year of life, whereas in Yanomamo this indicator was almost zero.

As a result of this, hypertension developed more often in older Yekwana than in the younger members of this tribe, which was completely uncharacteristic of Yanomamo. Interestingly, in civilized countries, these differences are even more pronounced – in the USA every year of life “adds 1.5 millimeters of mercury in children, and 0.6 millimeters in adults.

All this, according to Muller, suggests that senile hypertension and the disease associated with it are not due to the work of a person’s “aging program”, but to some social, cultural and dietary factors. Their discovery and correction will protect humanity from one of the main causes of death for people today.