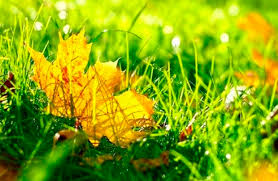 September, 2016 became the warmest September in 136 years of observations, reports the monthly analysis of global temperature of scientists from Institute of space exploration of Goddard of NASA in New York.

Record-breaking warm September in an interpretation of Institute of space exploration of Goddard means that 11 of 12 months in a row since October, 2015 set new monthly temperature records. Updates of introduction data showed that the June, 2016 which was earlier considered warmest June for all history of observations — only the third on temperature height after June, 2015 and 1998. After receipt of information from Antarctica, temperature anomaly of June, 2016 went down on 0,05 degrees Celsius and makes 0, 75 degrees now.

“Monthly ratings are sensitive to updates in observations, and our last update of indicators of the middle of winter from the South Pole was changed by data for June — the director of institute Gavin Shmidt says. — We continue to emphasize that though monthly ratings are worthy lighting in media, they are even close not so important as long-term trends”.

The monthly analysis of team of Institute of space exploration of Goddard is received from publicly available information from 6,3 thousand meteorological stations worldwide, the surface tools taking temperature to the surface of the sea, and the Antarctic research stations. Modern global temperature observations began in 1880 as previous didn’t cover all planet. Monthly analyses are updated when the additional information becomes available, and results change.