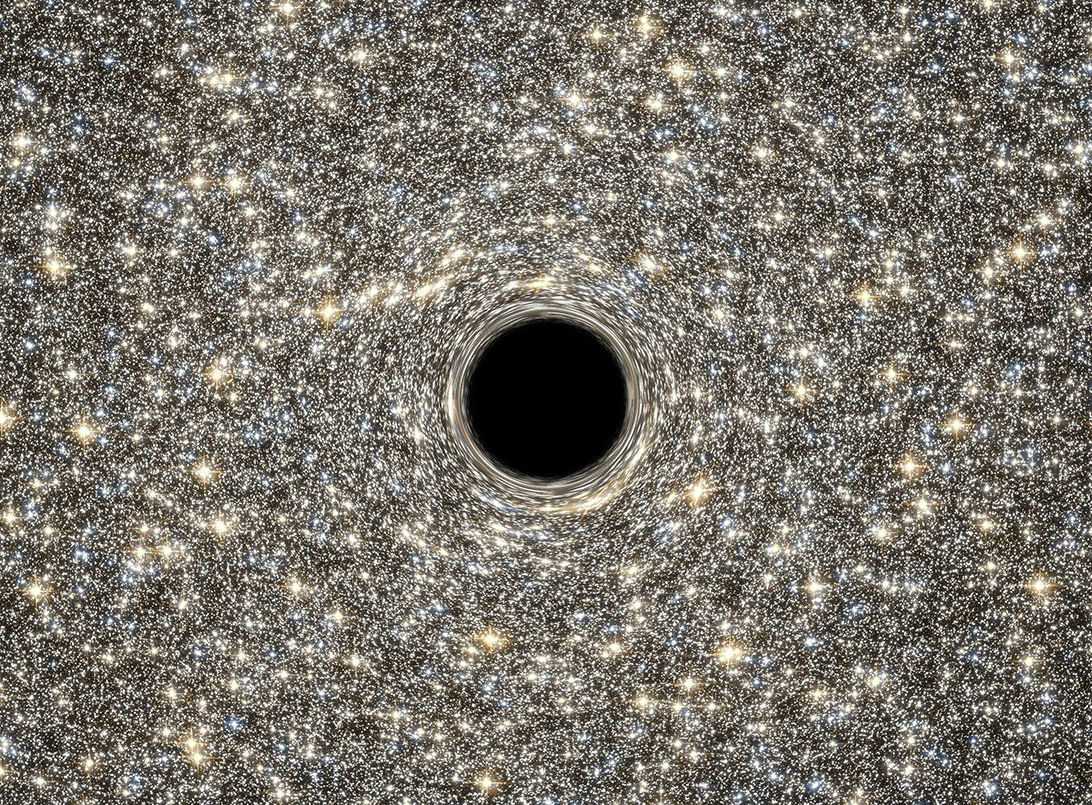 In 1480 light years from Earth there is a star which manufactures it what astronomers never saw before. Through accidental periods its light grows dim for the whole 22%. It is too much to explain the events with the planet. And this star became much more dark for the last century (officially it is called by KIC 8462852, but it is informal — a star of Tabbi, or a star Boyadzhyan, in honor of the pioneer).
The strange behavior throws down a challenge to all known explanations, and the astronomer Jason Wright notes that these light patterns are similar to what we could expect if aliens constructed a complex of machines around a star for collection of its energy. For example, Dayson’s sphere. But even Wright recognizes that, most likely, to the events there will be a natural explanation. In September it and his coauthor Steyn Sigurdson gathered and analysed some of the most possible explanations. And the other day, at the end of October, also the initiative group of Yury Milner which is engaged in search of aliens became interested in a star of Tabbi.

The Popular Science magazine collected the versions which are most pleasant to people, and we will share this rating. Eventually, all of us with a sinking heart monitored each blinking of an ill-fated star of KIC 8462852, isn’t it?

Whether Kepler was mistaken? No.

Data check. When the telescope Kepler found serious failures of light in KIC 8462852, the telescope didn’t even sway, and in other data collected in the same time nothing strange was found. 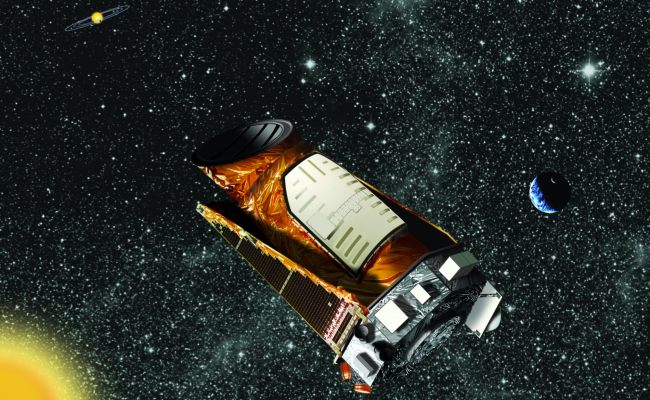 It is excluded also that telescope pixels which have imprinted a star Boyadzhyan were faulty as the image of a star not always was on the same pixels. In process of the movement of a star within a month and in process of the shift of position of the telescope, the star was observed by various detectors and all have shown that the star behaved strange. “Failures are quite real”, Wright writes.

Several months scientists argued on whether the star became more dim for the last century. Those observations have been based on old and inexact astronomical data. But the new analysis has shown that the star has seriously darkened in four years during which it was observed by Kepler, so and for the last century quite too could.

Whether the black hole can eat light? No.

Despite a popular image: the black hole eating everything on the way including light, black holes can not have relations to blackout of a star of Tabbi.

Wright has explained that if the black hole was close to a star of Tabbi, its massive gravitation would lead to rocking of a star that would be noticeable the terrestrial scientist. She doesn’t shake. Besides, if the black hole sucked in star material, then falling in her, material would let out bright light and X-rays which scientists, besides, don’t see. 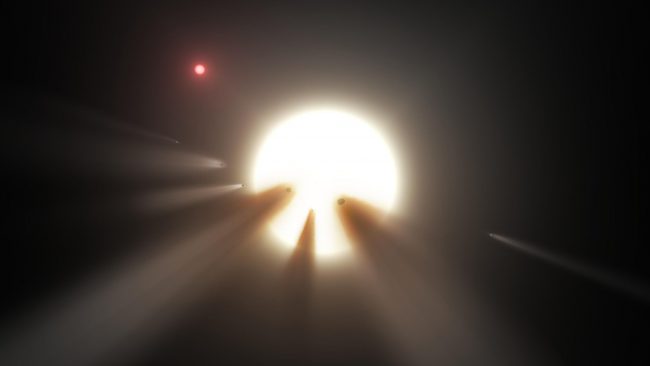 But if the black hole is far from a star of Tabbi, between a star and Earth? Too not. Then the black hole would act as a lens, on the contrary, strengthening star brightness.

Perhaps, solar spot? It is unlikely.

Spots in our sun really cause tiny decrease in brightness, but we speak about several tenth percent. To cause a huge failure in light level as KIC 8462852, for 20%, have to have star spots in 10-100 times more, than the strongest of the known effects of other stars. Besides, the star of Tabbi rotates quickly enough therefore the failures caused by spots in the sun would have to appear and disappear every day.

But what if spots were on poles of the rotating star, and the pole constantly indicated us? It seems extremely improbable too, Wright says, considering the fact that a star Boyadzhyan — from those stars which usually have no big spots.

Comets, by the way, this explanation which is preferred by Tabeta Boyadzhyan, an opener of a star. The idea is that in an orbit of a star the family of the huge comets which are periodically blocking her light can hang out.

But if there are comets, they have to be quite far from a star, otherwise astronomers could see the excess heat arriving from them. Lack of excess heat excludes practically all possible explanations which rely on existence something big in a star orbit. 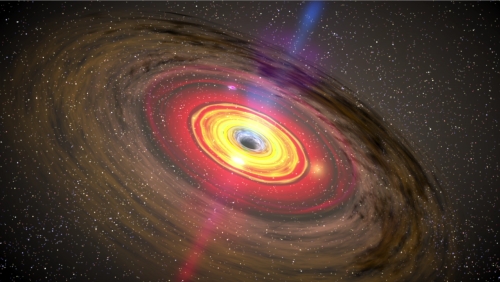 And if the hypothesis with comets can explain short-term failures of light which happened in 2011 and 2013, she doesn’t explain long-term blackout of a star, Wright says. And in his opinion, the best hypothesis is obliged to explain both phenomena.

“It is quite shocking, but everything offered still is very shocking”, Wright makes puns.

Disk of an interstellar black hole? Can be!

Though the black hole definitely doesn’t devour star light Boyadzhyan, there is one more way which the black hole could block him. Perhaps, in the interstellar environment between a star and us something big lies and dark.

The substance disk rotating around a black hole can be a possible explanation. (The disk of fragments also rotates around stars and planets, but if astronomers have seen nothing yet, and an object has to be dark … as a black hole).

But that this hypothesis has shot, the disk of the substance which is wrapped up around a black hole has to be huge — in 600 times more of distance from the Star to the Sun — to block star light for so long periods of time, despite the monthly movements of a star. 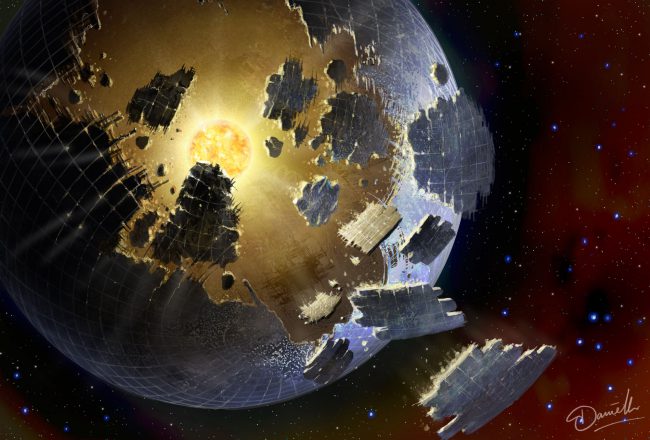 Wright says that though we never saw so big disk of a black hole, the physics doesn’t exclude such opportunity. Be a big disk there, scientists could confirm his existence on the fragment passing before the next star.

Other interstellar substance? Too can be.

The space between stars is filled with gas, dust, and also threads and sheets of the material which has stuck together together under the influence of attraction force. It is quite possible that especially dense part of this interstellar environment has wormed way between us and a star of Tabbi, absorbing a part of her light.

To create so big failures in light, these threads or sheets have to be about 1000 times less and more dense, than we have got used to consider, but it isn’t impossible, Wright says. Perhaps, structures like these are just so small and rare that we never saw anything similar still.

The dark fogs known as Boka’s globula, can be involved too. These black, zvezdoobrazuyushchy clouds of dust and gas already hid earlier stars. The turbulent gas and dust turning in a globula could create dense sites and darken star light.

“It would be unusual to see one of such clouds in this part of the sky”, Wright notes, but it isn’t excluded.

Both of these phenomena — interstellar sheets and dark fogs — could darken our type of stars which near the object interesting us. The problem is that a star nearby very weak, their brightness definitely not to measure therefore astronomers aren’t sure of this explanation.

The hypothesis that aliens build Dayson’s sphere around a star to collect her energy, doesn’t maintain the same criticism, as comets: any object in an orbit of a star has to absorb light and repeatedly let out it in the form of excess of heat. But astronomers haven’t recorded this surplus.

But who knows, the alien civilization capable to create structures the size about a star can has found a way to use all energy of the sun, including heat? In it and a problem with hypotheses, at the heart of which aliens: there is no good way to disprove them as we don’t know on what there can be a way others civilization. Intelligent life can’t also calculate probability of existence there. But we know that interstellar substance exists, and aliens — yes goodness knows therefore we stake on a natural explanation.

Scientists carefully note that aliens will be the last option when all other hypotheses are exhausted. But “the aliens hunters” have already become interested in a star.

Even earlier all types of telescopes, from observatory of Swift and the Spitzer space telescope to telescopes of amateur astronomers have become interested in her. Watch a star in optical, infrared, ultra-violet and x-ray ranges of radiation. Perhaps, once to us also this secret will be revealed.