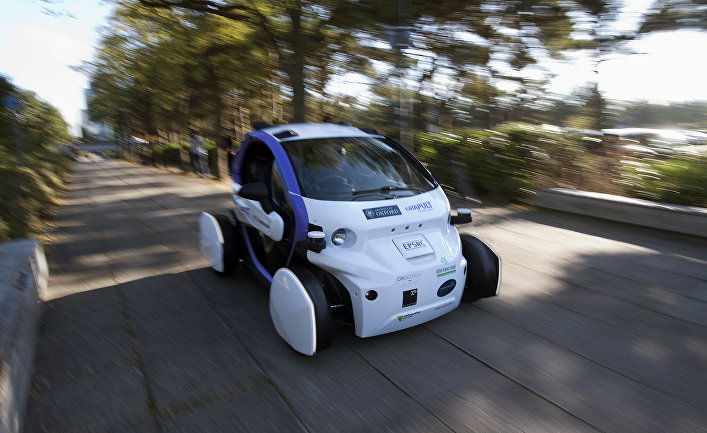 Austin, Texas. The closing of the technological part of the South by Southwest (SXSW) festival last Friday summed up the weekly performance with the participation of hordes of analysts, futurists, Hollywood stars, investors, crazy inventors a la Vint Razboltailo, technology moguls, journalists and PR specialists. All of them gathered for one purpose: to look into the future. It’s not easy, but not impossible.

It is held in March, lasts 10 days

5 thousand speakers and participants of discussions

4 thousand journalists from all over the world

In any era, it is possible to recognize key technologies that set the tone for overall development. For years, such technology has been more and more compact, cheap and perfect sensors. Another example is smartphones. And at the moment, perhaps, the fastest growing are artificial intelligence, biotechnology, robotics, green energy and cosmonautics. What will this lead to?

1) Smartphones go back in time

Now that smartphones have got an incredible spread, it seems impossible. And, nevertheless, world sales have ceased to grow, and many predict their fall in the very near future. Voice control, smart clocks, headphones-gags and glasses with a screen will make the displays simply unnecessary, which means that in the long term users will stop tending their heads over their mobile phones and earning themselves osteochondrosis.

2) All will receive a personal assistant

Amazon, Google, Apple and Microsoft – they all started the application-assistants. It does not matter if they are already built into the smartphone or run through smart headphones, the only task of the assistant is to obey the owner. Sooner or later, prices for them will fall, and the assistants themselves will learn to absorb the habits, needs and preferences of the owner. In the future, they will even learn to anticipate your desires. Tea, my lord? A newspaper? And, maybe, the general shadowing?

Of course, we are not talking about robots like Terminator or giant Skynet-like networks that can wipe us all into powder, if they just want to. Speech is about the next generation of data processing systems.

4) The importance of biology as a technological platform will increase

In the field of genetic engineering, development is particularly rapid. The so-called CRISPR technology allows the programming of molecules for changing DNA. This means that sooner will appear more effective ways to combat cancer and other diseases. In theory, even super-humans may appear. Of course, in the coming years it will lead to heated ethical disputes.

5) Cars will go by themselves

The dream of a car that goes by itself is not new, but now it is gradually approaching becoming reality. The first unmanned long-distance flights have long been carried out (driving a truck on the highway is much easier than on the streets), California is ready to arrange a test drive in urban conditions, and car manufacturers promise models that will cope with virtually no driver. And yet on SXSW the head of Daimler Benz said that fully unmanned vehicles will appear not earlier than in 10-20 years. So if you have already thought that getting rights is not necessary, you are forced to upset you.

Already now, refrigerators, lamps, garbage cans, water pipes are connected to the network and so on. This means that the world of things is becoming more and more digital, and artificial intelligence helps to rationalize social life. Lanterns are ignited only when people pass by, traffic lights cooperate to increase the speed of movement, garbage is removed automatically when the container is filled. The catch is that all devices connected to the network can be hacked, and private enterprises easily overpower the city authorities, luring to their side the best specialists in cybersecurity.

Participants of the festival were more willing to admit that not all technological development is for the better. Technological giants of the past have insisted that progress can not be stopped, and that technology alone can not bear either good or evil. Now everyone has changed the record: progress is subordinate to man, and everything new must serve people for good. Now no one will dare to say otherwise. Even Facebook seemed to soften a little after several years of squabbling with users. “Empathizing and listening is our top priority,” said Margaret Gould Stewart, Facebook’s product development vice president.