Shark produced offspring without the involvement of a male 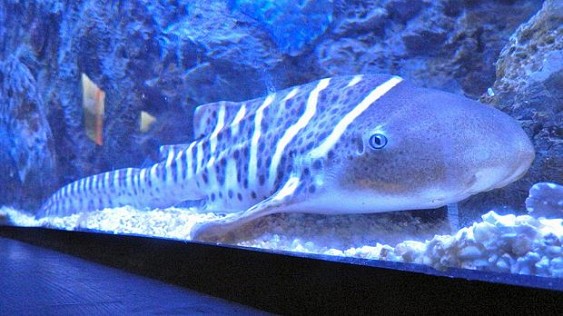 A lonely female shark Zebra seriously puzzled scientists to produce healthy offspring after years of isolation from males. DNA analysis showed that an unprecedented event: in critical circumstances for procreation of many children the mother has switched from sexual reproduction to asexual.

The female Zebra shark (lat. Stegostoma fasciatum) shocked scientists, three times to produce offspring after years of isolation from the male partner. The analysis showed that these sharks are simply developed the ability to do it independently. A shark named Leonie spent 12 years with a male in the aquarium, Townsville, Australia. For all the time the couple had 24 children, so that they could be a happy family. But in 2012, Leonie suddenly transferred to a separate aquarium. After spending 4 years away from his partner, in 2016, the shark suddenly gave birth to three perfectly healthy offspring.

This event attracted the attention of Christine Dudgeon, Professor from the University of Queensland in Brisbane, Australia. Initially it was necessary to make sure that Leonie did not keep one way or another sperm of her partner, which eventually was used for fertilization. However, DNA analysis showed that the children had only the genes of the female, after which it became clear that the shark probably made asexual reproduction, or agamogenesis.

According To New Scientist,