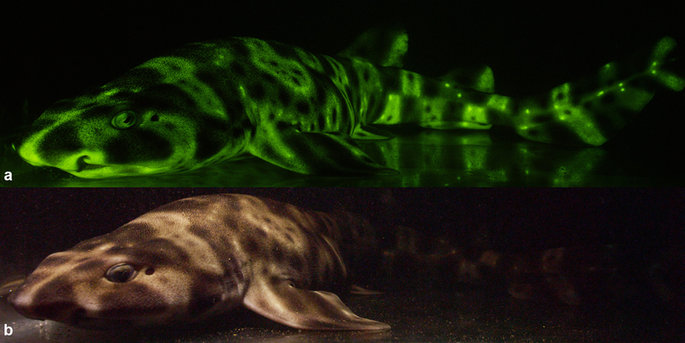 Scientists from the American Museum of natural history looked the underwater world using the “shark eye” is a special camera, which “models that look like sharks under water”.

Scientists have studied felines sharks, which
have the ability to biofluorescence – the glow of the skin
under the influence of blue light that penetrates deeper rest
under the water, a variety of bright colors, especially red and green. As
the researchers note, biofluorescence should not be confused with bioluminescence –
the ability of living organisms to glow by its own protein
or with the help of symbiotic bacteria.

The researchers found that the lower down the sharks, the
increases the contrast of the picture glow. This makes them brighter
and more visible to relatives, and also, perhaps, allows them to “communicate”. 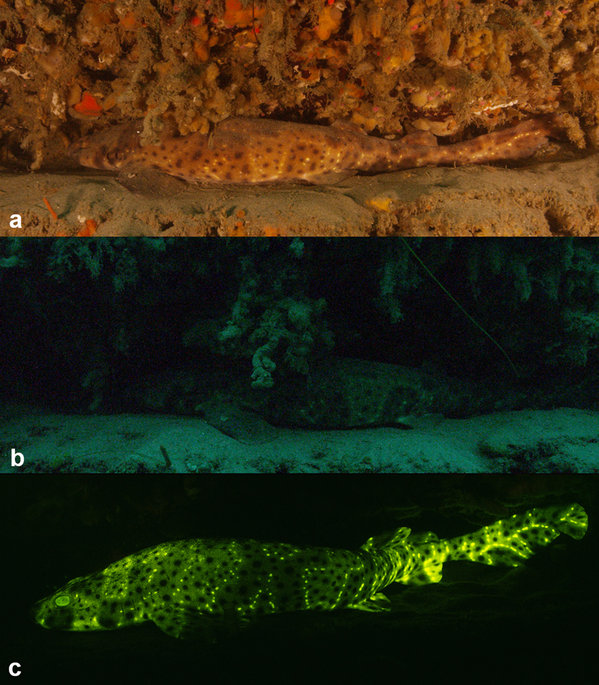 Now scientists are looking for the answer to the question, can sharks see other
underwater creatures that also have the ability
to biofluorescence, and if so, how they use this skill. At
to researchers, the latest discovery – a major step on the way
a functional explanation for the ability of the fish to Shine.