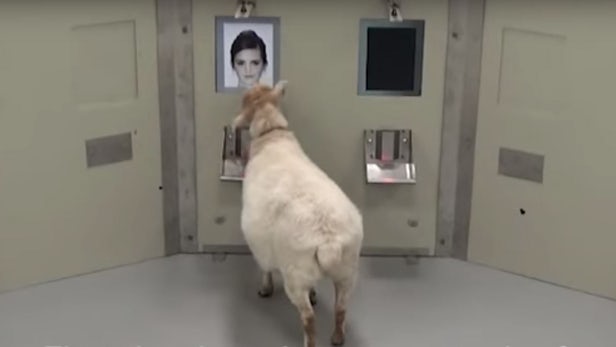 Scientists from Cambridge University, led by Professor Jenny Morton, found that sheep are able to recognize human faces. Such an unexpected discovery can help scientists better understand the various neurodegenerative abnormalities in humans, particularly in the case of Huntington’s disease.

In fact, sheep have a reputation as a fairly passive animal. Scientists even believe that they have a behavioral predilection for suicide. But in fact, sheep are rather social animals that can recognize faces just like monkeys and humans.
This makes them suitable candidates for neurological studies of various kinds.

A new experiment has shown that for people, primates, and even sheep, individuals are an important means of identification and social interaction. But in fact, to recognize faces is a very difficult task.

To perform the recognition process, the brain does not store the same static image of the face. Instead, the memory for faces is associative. The brain determines the different parts of the face, and then tries to link them to other parts as an identikit, until it creates a general picture. Thus, the memory does not store the entire face, but only its individual parts.