Sheep mutant will help uncover the mysteries of human hair 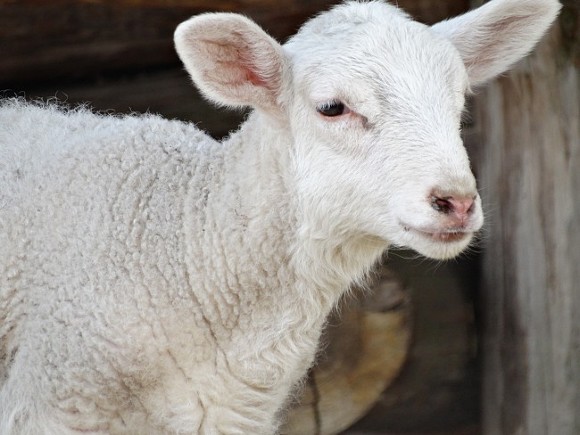 Rarely found in nature a sheep mutant with a straight silky coat will help uncover the mysteries of human hair.

When one of the New Zealand farmers saw such an unusual lamb, he at first decided that some wild goat had penetrated into his herd and inseminated one of the young ones. The lamb had a sheep’s body, but at the same time it was covered with straight shiny hair, more like the one that Angora goats have. The news of the so-called base (a hybrid of sheep and goats) soon hit the pages of local newspapers, but when scientists saw the pictures, they immediately suspected that a strange lamb is not a base at all, but something else.

However, the lamb did not survive its first winter, but the scientists managed to analyze his DNA while he was alive. The result was unexpected: the strange lamb was 100% sheep.

Then the puzzled scientists decided, by all means, to find other similar lambs. Soon farmers from all over New Zealand began to call researchers and report on the strange lambs they saw. In the end, Jeff Plaemen, an expert in the wool of the New Zealand agricultural research company, AgResearch, and his collaborators discovered the sheep that they had been searching for so long – this mutant was so strong that it managed to survive the winter in the windy hilly terrain.

When scientists managed to cross Maxine with an ordinary merino sheep, they discovered something amazing: its mutation was genetically dominant. Maxine was born Sharon – a strong and healthy sheep, with straight silky hair. Scientists are very much counting on the fact that Sharon will find the keys to unraveling a number of “hairy secrets”: from the rapid identification of human hair at the crime scene to the creation of new products for hair care and new, softer and more beautiful types of wool.

“All mammals, including humans other than milk, have one more common feature – growing hair or wool,” says Duane Harland, head of the wool research project at AgResearch. Mammal hair is characterized by a large number of textures. Sheep’s wool, for example, is much closer to human hair than to the wool of a laboratory mouse, he says. This is what makes sheep a valuable object for studying the structure of human hair.

“Of all the existing biological fibers (silk, cotton, etc.), hair is one of the most complex,” he says. “So complex that we do not even fully understand their structure and how the various proteins in it are combined to form this structure.”