Short legs of tyrannosaurs were the fashion trend of the Mesozoic 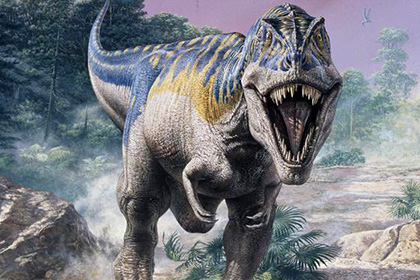 Scientists discovered in the Patagonia dinosaur whose front legs were as short as that of a Tyrannosaurus Rex. “Underdevelopment” of these organs is long puts paleontologists into a dead end. A new discovery indicates that the unusual limb several times appeared in the course of evolution. On the opening tells the journal PLOS One.

Gualicho shinyae is as Tyrannosaurus representative of predatory two-legged dinosaurs-the theropod. This allosaurid weighed about 450 kilograms (as polar bear). All lived next to them lizards, he was very different. Despite the large dimensions, the front legs, gualicho was the same as that of a child of Homo sapiens. Like tyrannosaurs, they were crowned with only two fingers. Thus, unusually short legs were formed different types of lizards in an independent manner — the reasons for this still remain unknown to scientists.

The new dinosaur was named in honor of the spirit of gualichu was respected by the local Patagonian tribes. The species name of the lizard was given in honor of Signa Akiko (Akiko Shinya), a leading employee Fallowsage Museum of natural history (Chicago).

In may 2016 canadian paleontologist has suggested that the front teeth of a Tyrannosaurus Rex (which the lizard was tearing prey) is not sticking out of his mouth, and was hidden behind full lips. Thus, the image of the lizard with protruding fangs menacingly turned out to be incorrect.