Short life of the iceberg 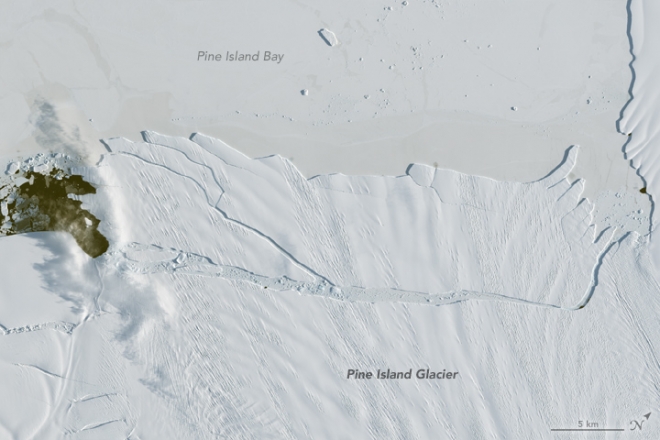 Scientists have long been tracking the retreat of the Pine Island glacier, one of the main areas where the ice of the West Antarctic ice sheet enters the ocean. Recently, the glacier again attracted attention, forming a large iceberg called B-44. But he existed only a few weeks.

The radar images received on September 23 by the ESA satellite Sentinel-1 showed a recently broken off iceberg. Then, on September 28, an image was taken, taken by the operational mapper OLI on the satellite Landsat-8. At that time, the length of the iceberg was 28 kilometers, width – 9 kilometers, and the total area -185 square kilometers. 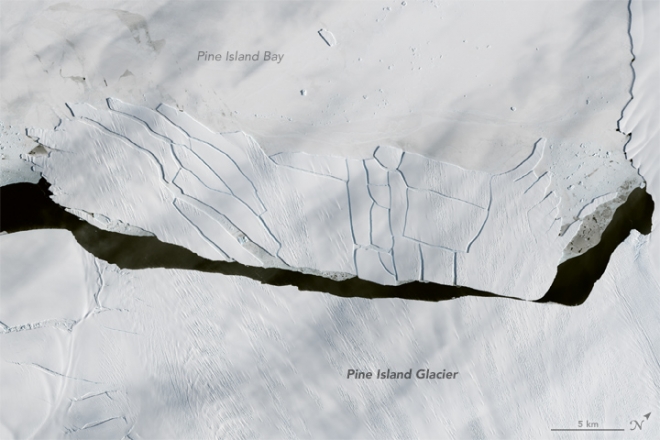 About a month later, on October 23, Landsat-8 received another image showing that the iceberg split into more than 20 parts. None of the breakaway fragments were so big as to give it a name and track its fate, and the US National Ice Center removed the B-44 from the table of tracked icebergs.