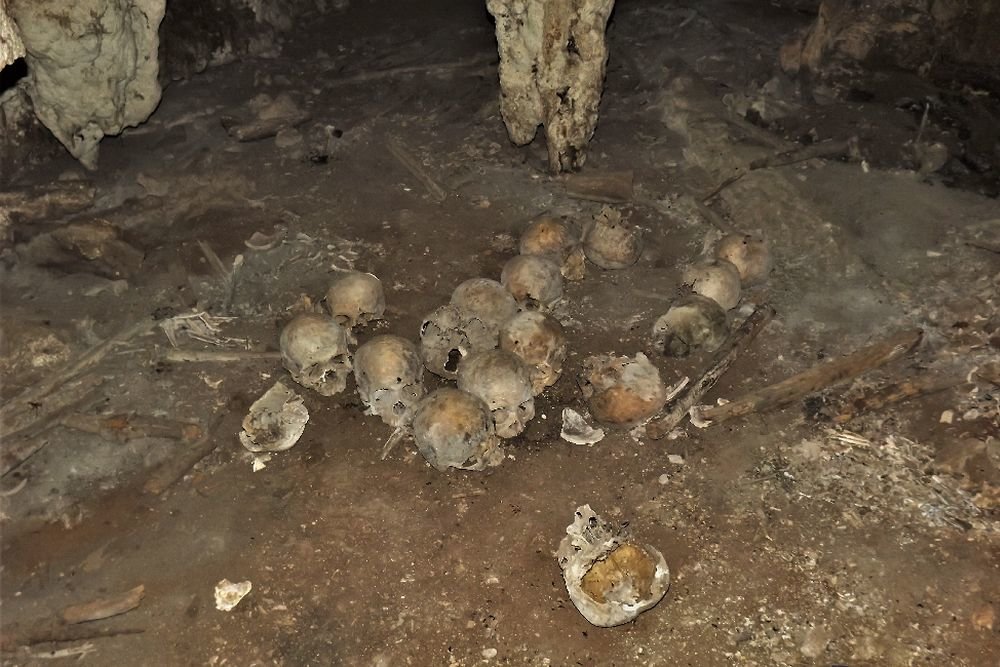 Mexico has completed a decade-long study of mysterious human remains found in a cave in the state of Chiapas. Archaeologists have come to the conclusion that the find is a now destroyed altar, which was built from human skulls about a thousand years ago.

According to the National Institute of Anthropology and History of Mexico (INAH), it all started with a complaint filed by local residents to the police 10 years ago. They discovered human remains in a cave in the town of Carrizal, located in the municipality of Frontera Comalapa.

The police initially suspected that a crime scene had been found. Therefore, the remains were studied by forensic experts. And only then archaeologists and anthropologists from INAH joined the study.

It took years to conduct many analyzes, as there were many remains in the cave. The results obtained allowed us to assume that a burial complex was equipped in the cave, and its center was tzompantli. So the peoples of Mesoamerica called the altar, built of human skulls.

According to anthropologist Javier Montes de Paz, the sacred complex found is different from other similar objects. As a rule, only skulls were used in the construction of such altars, usually those of defeated enemies. In this case, about 150 skulls were found. But there were also other bones in the cave. This fact made it difficult to identify the object.

However, another find speaks in favor of the altar hypothesis: traces of wooden sticks were found in the cave, which were installed in a strict order. Archaeologists know that in a number of cases zompantli were built with sticks and wooden lattices, which were called “tapesca” and were used to fasten “building blocks”. Since the altar found in the cave was built, according to scientists, about 800-1100 years ago, the tree has not been preserved. Probably, the sticks and the lattice decayed, after which the sinister altar itself collapsed.