Six-foot worm recovered from the intestine of Indian

In the medical journal the New England Journal of Medicine has published an image that shows the extracted from the intestines of 48-year-old resident of new Delhi, the worm. In the description to the picture reported that the man went to the doctors with complaints of abdominal pain, which had bothered him for two months. After the colonoscopy the doctor found a worm that took the entire small intestine. 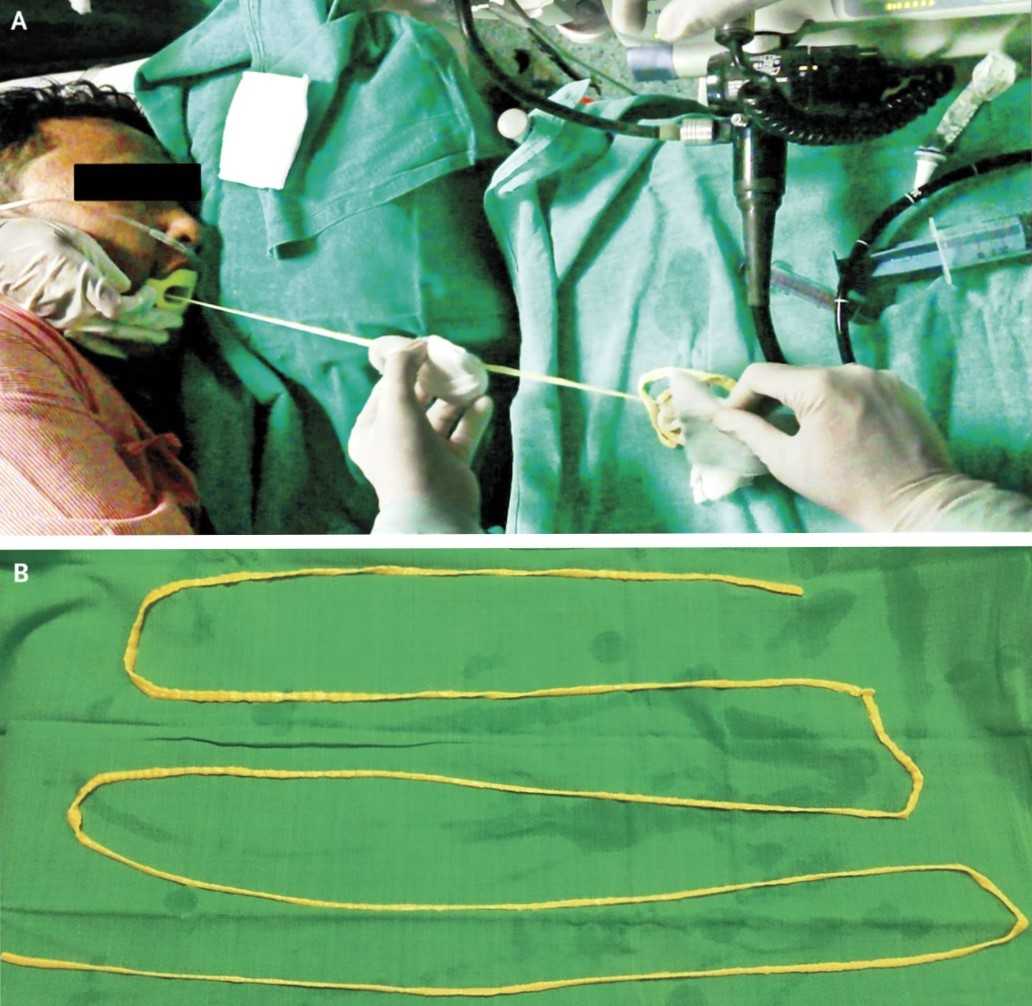 Pork cepni can grow up to a length of several meters and it does not cause any discomfort, so many people are not even aware that they are infected. However, this time the parasite was the cause of the pain.

To remove the worm, the doctors had to drag him through the mouth of the patient. The procedure took only 15 minutes. At length the parasite has reached 188 centimeters, and the doctors classified him as pork tapeworm – species of tapeworms from the order Cyclophyllidea.

It is noted that after the operation which took place a month ago, the patient had been prescribed anti-parasitic drugs. At the moment the pain of a man do not bother.