Skyscrapers go to the USA under the earth 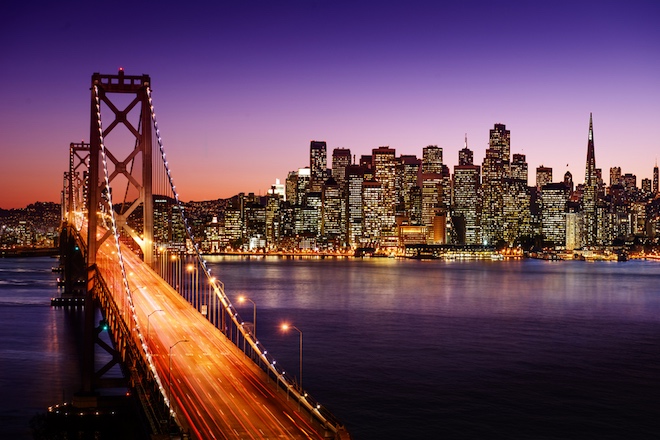 Radar satellites of the European Space Agency Sentinel-1 showed that the skyscraper in the San Francisco center under the name Tower of the Millennium (English Millennium Tower) goes to the earth on several centimeters a year. The research of the region helps scientists to enhance monitoring of movement of soil in the cities that is important for control of the sinking points of Europe.

The 58-storey Tower of the Millennium constructed in 2009 shows signs of an inclination and immersion to the earth recently. Though the reason wasn’t precisely determined, it is supposed that it is connected with the basic piles which are unsteadily standing on radical breeds.

To research these almost inaudible shifts, scientists united a large number of data of radar scanning of the area the Sentinel-1 satellites of the Copernicus program that allowed to find minor changes of a surface — up to millimeter. The method well is suitable for work with buildings as they reflect a radar beam better, and can be applied to exact determination of unstable sites in the big territories thanks to a wide scope of Sentinel-1 and frequent updating of data.

In a cooperation with the ESA the team from Norut, PPO.labs and Geological service of Norway also marked on the map and other areas with shift signs in the bay area of San Francisco. The territories with the buildings located on them along a seismodangerous break Hayward Fault and subsidence of again reclaimed lands in San Raphael-Beng concern to them. In the neighborhood of the city of Plezanton the surface raising, perhaps, because of increase in level of ground waters after a drought which continued within four years and ended in 2015 was revealed.

The European cities test similar flashes, and the research San Francisco helps to enhance methods of this work. For example, the territory around the railway station of Oslo in Norway represents the reclaimed lands. The nearby opera theater and other new buildings have the proper base, however older areas seriously sink. 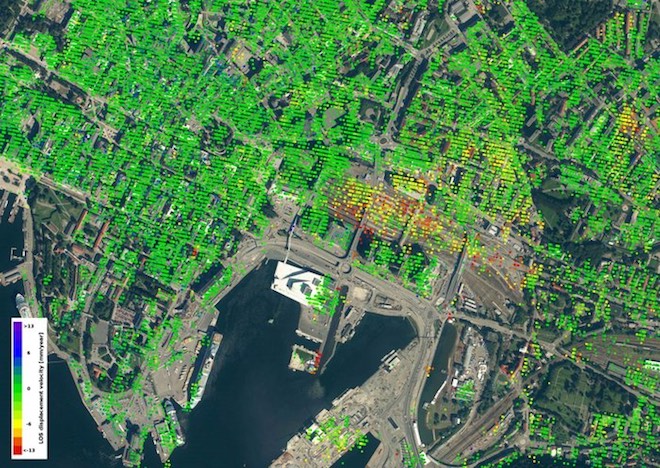 “Experience and knowledge which were gained within the program of the ESA Scientific Exploitation of Operational Missions (SEOM) give us strong confidence that Sentinel-1 will be a universal and reliable platform for operational monitoring of deformations in Norway and around the world” — the employee of Geological service of Norway John Dekhls noted.

The researches San Francisco and Oslo lay a way for transition from local researches to researches in national or even continental scale. The Sentinel-1 satellites provide “radar vision” within the European program of monitoring of the environment of Copernicus. Except observation of soil transformations, they provide a set of other services for monitoring of the Arctic sea ice, mapping of the area for the purpose of control of the woods, reservoirs, the soil and crisis situations.