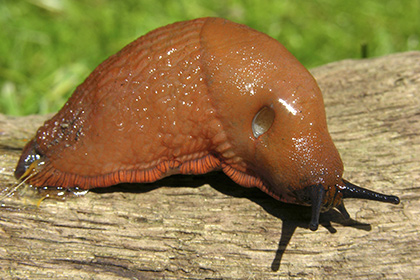 Biologists from the University of Wroclaw in Poland found that slugs can kill birds that nest on the ground. Article describing the discovery, published in the Journal of Avian Biology.

The researchers found the slug genus Arion in the nest of the warblers, in which there were newly hatched Chicks. The next day the latter was dead.

Zoologists believe the mollusks are able to find Chicks smell. Slugs kill them with radula — tongue covered with chitinous teeth. To determine that the birds died because of snails, the characteristic wounds on the body, holes in the beaks and muscles or lack of eyes.

Reports of such behavior predatory gastropods appeared before. Slugs attacked the nests of warblers, reed warblers and chiffchaffs. Some researchers met a destroyed nest-stained mucus. Nevertheless, many zoologists discovery of Polish scientists was a surprise.

It is believed that the killers of birds can be three major species of gasteropods: a roadside red slug (Arion Rufus), wood slug (Arion ater) and the Spanish slugs (Arion vulgaris). The last spread all over Europe as a result of human activities threaten plants and agricultural crops. Mass infestation of snails, scientists believe, may also affect populations of birds.