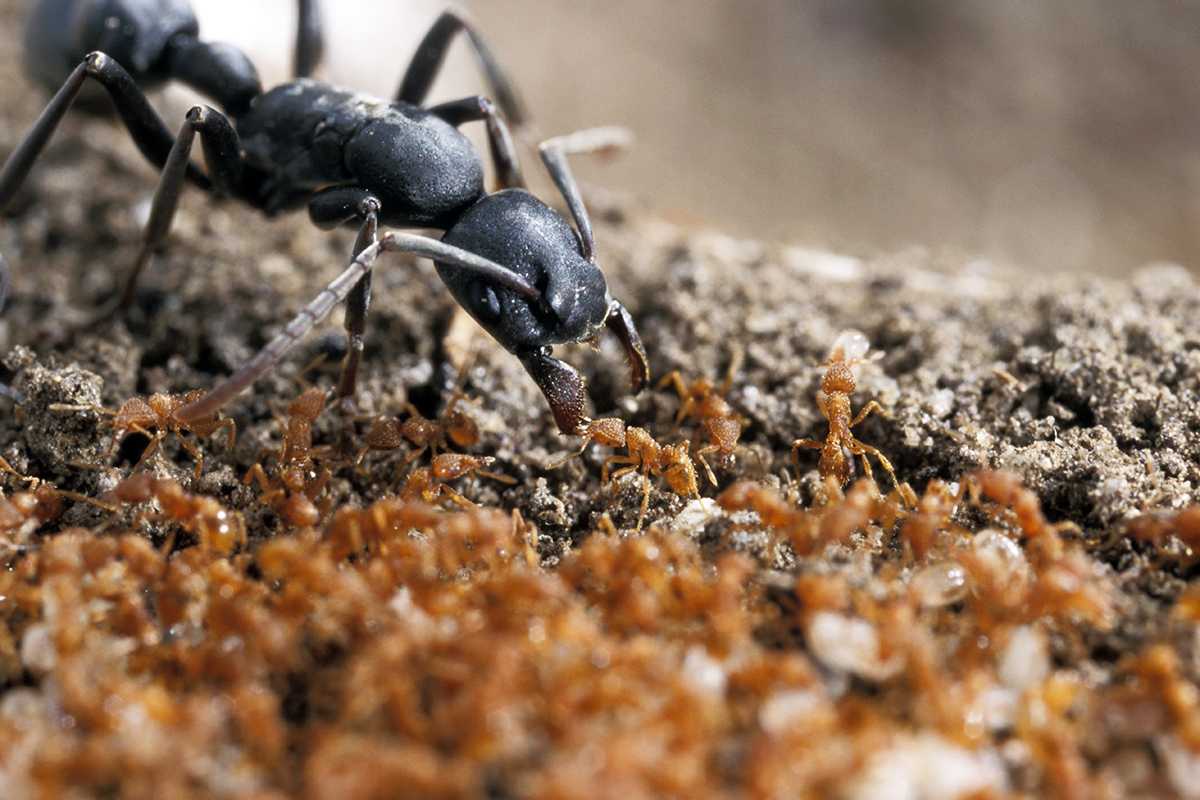 Scientists have shown the existence of mutualism between two species of ants, one of which plays the role of defender, the other the Builder of the nest.

Mutualism is a form of mutually beneficial coexistence, common among plants and animals. Often one of the parties in this case acts as a protector from enemies, the other — in the role of supplier of food. For example, the ant species Philidris nagasau living in Fiji can grow plants of the genus Squamellaria, which, in turn, provide insect juice.

In the new work, scientists from the Catholic University of Louvain (Belgium) and other institutions analyzed the relationship of ants Platythyrea conradti and Strumigenys maynei. First can reach 15 mm in length and build nests on trees. Material for the nest is litter, the walls of which lives a large number of ants edible for organisms. In separate chambers of the same nest is inhabited by 2.5 mm S. maynei, which feed on smaller organisms.

Observations showed that both species of ants did not mask their scent, probably knowing about the existence of each other and not attacking roommates. While P. conradti and S. maynei perform different roles: big ants act as builders and owners of the nest, avoiding however a direct confrontation with young, while the latter are aggressive and protect the nest from external threats.

According to scientists, the causes of such mutualism are unknown. It is assumed that the castes of workers and soldiers in the populations of both species are minor, and cohabitation to compensate for this deficiency.