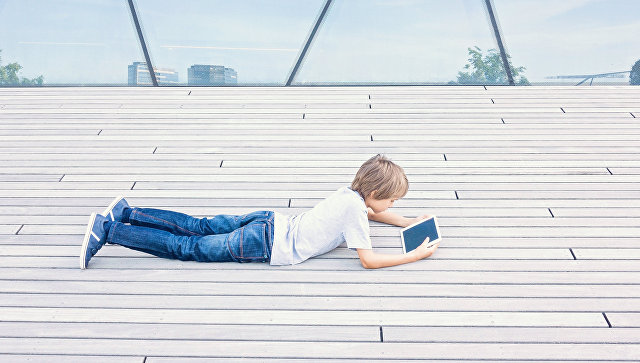 Most studies of the influence of gadgets on a person’s sleep show that smartphones, laptops and tablets most affect the health of children and adolescents, according to an article published in the journal Pediatrics.

“Light is the main chronometer for our brain.When it gets on the retina in the evening, the concentration of melatonin drops sharply, which causes drowsiness, circadian rhythms are violated.It is known that the pupil’s pupils are larger than the adult’s, and the lens – Therefore, the eyes of children are more sensitive to light, “explains one of the authors of the study, associate professor of the Department of Integrative Physiology at the University of Colorado at Boulder, USA, Monique K. LeBourgeois.

She analyzed more than 50 scientific papers examining the impact of devices with a screen on the health of children aged 5 to 17 years. 90% of studies have shown that the more time a child spends in front of a screen, the worse he sleeps.

As noted by LeBurgea, previous experiments have shown that when exposed to the same light source, the concentration of melatonin in children decreases two times faster than in adults. Especially strongly, the “sleep hormone” suppresses the short-wave “blue light” emanating from all mobile devices.

In order to bring down circadian rhythms, you do not need to keep gadgets in front of your eyes: it’s enough to have a phone or a laptop in your bedroom. This is done by over 75% of adolescents, 60% of children look at the screen one hour before bedtime and more than 45% use mobile phones as an alarm clock.

According to the report of the American non-governmental research organization Common Sense Media, since 2011 children have been using smartphones three times more often. For example, children under the age of eight on average daily spend in front of the screens about 48 minutes. Parents often do not interfere with this, many before a dream include the child cartoons.

“Preschool years are a very sensitive time for development: digital media penetrate the life of children deeper and deeper, and there are many things that have not been explored yet,” LeBurgea emphasizes.

In adolescents, the lack of sleep is often associated with cognitive upsurge, which can be caused by watching “aggressive content” before going to bed, for example, scenes of violence. Postponed sleep and regular correspondence with friends in instant messengers.

Scientists recommend parents not to give children mobile devices an hour before sleep, turn off all electronic devices (including their own) for the rest time and charge them in other rooms, and also not to hold any gadgets in the room where the child is sleeping.