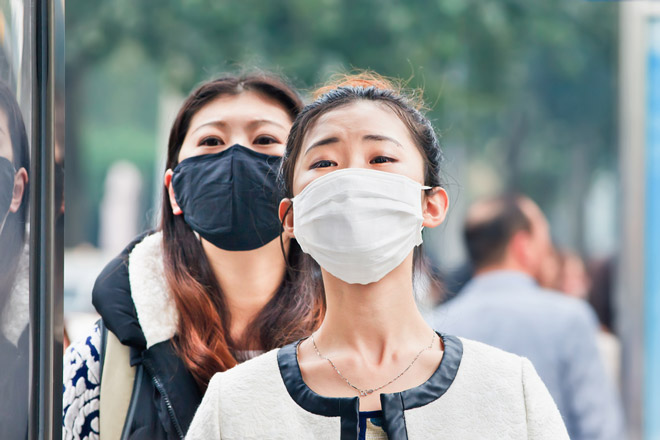 In the winter of 2013, Beijing and other cities of the East China Plain covered a thick veil of bluish-gray smog. The pollution level broke all records: closed roads, hundreds of hospitalized with breathing problems. No one went out without emergency. Some days it was so strong that it could be seen on satellite images.

The news attributed the so-called “air apocalypse” to coal emissions in China. But this is only part of the story. According to a new study, there was another culprit: climate change.

Sea ice in the Arctic is shrinking, and snowfall in Siberia is growing. As a result, the winter monsoon, which disperses the smog on the East China Plain, has shifted, allowing pollution to accumulate in the air.

“This is the first study that shows that climate change in the Arctic has had a significant impact on the winter haze in China. This is indeed a very difficult problem, “said study co-author Yuan Wang, a professor at the Earth and Atmospheric Science School of the Georgia Institute of Technology.

After the “aero-apocalypse” of 2013, which aroused indignation in China and abroad, the Chinese government introduced stricter restrictions to reduce emissions. But even despite their decrease, the winter veil in this part of China persisted.

Then Wang suggested that the game involved something else. The tip came from Los Angeles, where historically there are problems with pollution, as it is located on a small plain with the ocean in the west and mountains in the east. The East China Plains, where Beijing is located, and many other industrial centers, are a bit like Los Angeles: they have mountains in the west and the sea in the east. “They are like a mirror image of Southern California,” says Wang. “A similar geography and similarly stagnant air.”

For this reason, the area depends on the winter monsoon in East Asia and its winds that disperse the smog. But in 2013 the monsoon moved to the east, to Japan and Korea, skipping the Chinese plains and allowing pollution to grow.

Why did this happen? Wang and his colleagues studied long-term data on air temperature, wind speed, pollution and climatic characteristics, such as sea ice, snowfall and El Niño, to find the answer. They saw that there is a correlation between stagnant air conditions over China and Arctic sea ice, which reached a record low in 2012, and a snowfall in Siberia, which reached a record level this winter.

The smaller the sea ice, the more ocean water evaporates. This leads to a more humid atmosphere and more severe snowfalls in Siberia, explains Anthony Wexler, director of the Center for Air Quality Research at the University of California. Snow returns solar energy to space, changing the structure and strength of the East Asian winter monsoon, which is formed in the north. “If there is no winter monsoon, everything stops in this region, and the veil is condensed,” says Wang.

The study has limitations: it shows a correlation, and not a direct causal link between “airing” in China and sea ice and snowfall in the polar region. But this is normal, especially when you are analyzing meteorological conditions on such a large scale, explains Daniel Mendoza, a research fellow who works for a doctorate at the University of Utah in the Department of Atmospheric Sciences.

Now scientists have to figure out why such a correlation exists and whether this information can be used to predict future aero-apocalypses. This aspect is very important for local officials who receive the resources necessary to prevent deaths during such events.

The study shows how global climate change can have a wave effect at the local level. Therefore, although China may try to reduce its own greenhouse gas emissions, this is a problem that goes beyond the borders of one country. “In reality, the whole world is interconnected. It can not be one city. The whole world must solve this problem. Together, as a single community. “