Smoke from a forest fire may be more dangerous than radiation 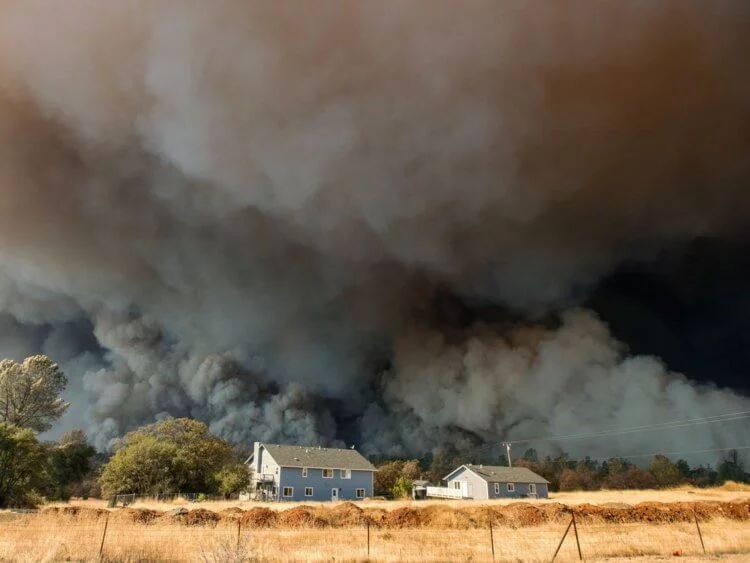 Today everyone is sure that there is nothing more dangerous for human health than radiation. Of course, if we are talking about the health of a living person. Radiation penetrates the very drawings on which the cells work: in DNA. And destroys it, disrupting the work of cells. Read how kills radiation: gradually, but irreversibly. But there is something that can be much more dangerous than a moderate dose of radiation, and you would never know about it: the smoke of a forest fire. Even one breath of a microscopic dose of smoke can lead to incurable health effects that will last for a lifetime.

Is it possible to breathe forest smoke
Last November, when crazy forest fires raged in California, the smoke of these fires covered the city of Sacramento. The air of the city has become one of the most polluted in the world. The fire in the forest was extinguished long ago, but the remaining tiny particles gradually penetrate into the lungs of the inhabitants of the city and into the bloodstream, where they remain for years.

To end World War II, they decided to drop nuclear bombs on the Japanese cities of Hiroshima and Nagasaki. The bombing of Hiroshima killed 70,000 people – from an explosion, another 60,000 – from radiation. But in reality, there were many more victims – in Japanese they are called “Hibakusa”, that is, “people exposed to the explosion”. By 2013, 450 thousand people died from the long-term effects of the bombing. People were poisoned by radiation, many children had leukemia – thousands of children. Read the story of a Japanese girl Sasaki Sadako, a patient with leukemia, who, according to legend, collected a thousand paper cranes to fulfill her dream: to avoid the same destructive war.

The fact that smoke is unpleasant and can cause asthma or carbon monoxide poisoning is a well-known fact. What is the smoke of a forest fire more dangerous than radiation? The fact that a microscopic dose of radiation does not harm human health, and small specks of smoke from a forest fire can have irreversible consequences for children’s health. And these particles are less than 2.5 microns, which is 30 times thinner than a human hair.

Forest smoke is incredibly harmful to children.
A new study showed that exposure to these tiny particles (they were called PM2.5), flying in the air after a fire, impairs the immune system of children. Scientists at Stanford University tested the blood of 36 children exposed to a fire, smoke that covered the city of Fresno in 2015, and found changes in a separate gene that regulates the body’s immune cells – regulatory T-lymphocytes. That is, those who fight disease and help the body recover. Children are at greater risk of developing allergies or infections.

Preliminary conclusions: inhaling even a small amount of particles that are 30 times smaller than a human hair in thickness can lead to incurable consequences. Even “controlled” fires that burn the undergrowth can be dangerous, to a lesser extent, scientists say.

If you do not have enough children to study, scientists have taken monkeys – rhesus monkeys – that live in a street cage at the California National Primate Research Center. Monkeys give birth in spring, so in June and July 2008, newborn macaques also breathed smoke from fires – as many as 10 days. Three years later, when the monkeys grew older, the scientists recorded in them a lack of immunity caused by exposure to PM2.5 (of those particles). Now, 10 years later, the monkeys still show the same immune changes, and the females even transferred them to their offspring.

“Obviously, toxic particles in polluted air have a constant effect on the DNA of immune cells,” said Lisa Miller, principal investigator and immunologist at the School of Veterinary Medicine, University of California, Davis. “This is the change that remains in this cage [with monkeys] for life.”