Snakes can hunt in flocks 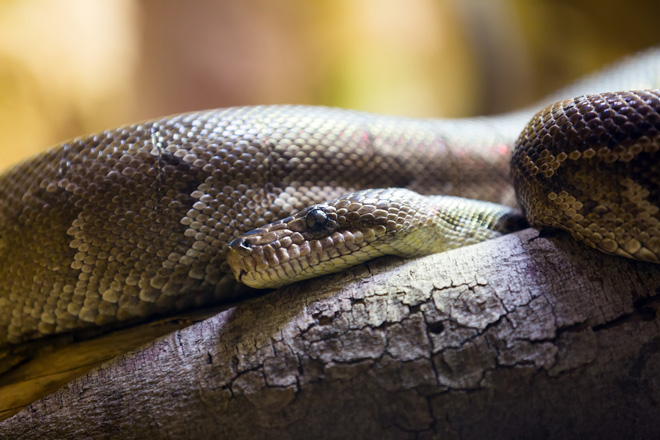 This is the worst nightmare of anyone who suffers from phobia – a pathological fear of snakes. According to a new study, snakes are not single hunters whom we consider them. In fact, some slippery reptiles can be grouped together to increase the likelihood of success during the hunt.

During the study, Vladimir Dinets from the University of Tennessee in Knoxville (USA) watched the Cuban boa constrictor – Cuba’s largest land predator – during his hunting in caves where bats live. The scientist discovered that there were more than one boa constrictor in the cave, the snakes teamed and formed a wall at the entrance to the cave – and the success of the hunt was strict.

“Such group hunting has always been successful, and the more snakes, the less time it took to catch a bat. But if there was only one boa constrictor, it was not always possible to get hold of the prey, “explains the research press release.

According to Dinets, only a small number of 3,650 species of snakes are hunted by groups and the interaction between them has not been proven before. “It’s possible that coordinated hunting is not uncommon for snakes, but it will take a lot of field research to prove it,” the scientist says.