Snakes will withdraw the prosthetic skin to a new level 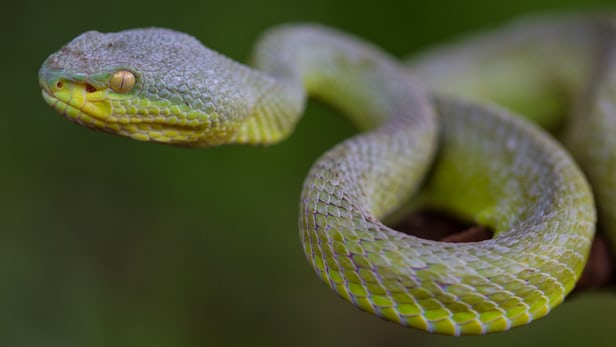 Using a system very similar to the one using a Viper feel the body heat of their prey, created a new type of artificial skin. This artificial skin is able to respond to changes in temperature.

With a special organ located on the face of the vipers, their skin is able pits to sense the temperature of the extraction. Scientists from the California Institute of technology and ETH Zurich have jointly created an artificial skin that changes the temperature in case of infection in the tissues, thus preventing on the inflammatory process.

The body of the snake consists of a sensing membrane that can respond to the heat of the animal at a distance of 1 meter. When the membrane is heated, it opens the ion channel that allows calcium ions to flow through the nerves of a Viper. So the electrical signals to warn the animal about the presence of prey. The new material created by animals, uses a similar kind of mechanism to record the slightest changes in temperature.

In this case, the membrane is a flexible transparent film of just 20 microns thick. It is created from water, and pectin, which can be found in the cell walls of plants. In the case of such membrane, miniature natural sensors feel the heat, which occurs when the violation of the weak molecular bonds of pectin.

Using a multimeter with electrodes included in the membrane, the researchers found the electrical response to temperature change. This effect is achieved by reducing the electrical resistance of the material, due to the large number of positively charged ions of calcium current through it or them increase mobility. Sometimes the same effect was achieved simultaneously by two processes.

This is not the first artificial skin that is able to detect temperature variations. However, according to the researchers, the membrane of pectin is much more accurate and able to detect the slightest changes in temperature. Electronic skin can now work with the temperature range from about 5º to 50º C (41º F and 122º).

So sensitive to temperature electronic skin will be used in prosthetics and be able at the right moment to give the signal to his owner about dangerous temperature changes.

To use natural pectin in prosthetics is very simple, effective and cheap, since it is a fairly common component of vegetables and fruits. It is commonly used in the food industry as a thickener.