Snow leopard is no longer a vanishing sight 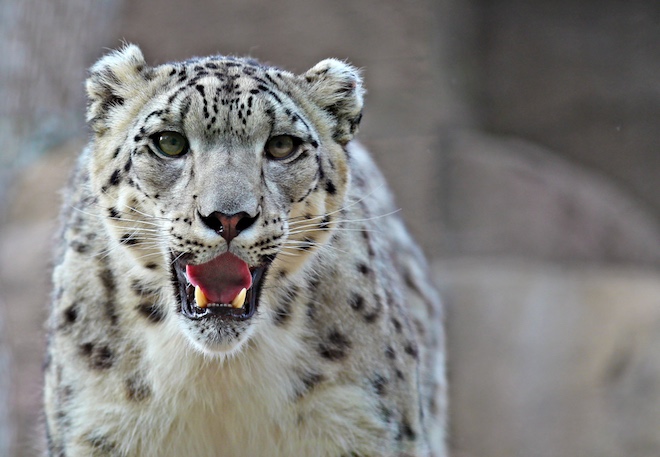 Is the snow leopard no longer threatened with extinction? Not really, but the conservation status of the species of wild cats has been changed from “endangered” to “vulnerable”.

This decision was announced by the International Union for Conservation of Nature (IUCN), a global standard for assessing the risk of species extinction. Experts warn that snow leopards still face serious threats, such as poaching, habitat destruction due to infrastructure development and climate change.

Graceful and elusive creatures that live in the mountains of Central Asia and the Altai mountains in Russia were first listed as endangered in 1972 by the IUCN. Their habitat in 12 countries covers more than 1.8 million square kilometers.

The change in status is based on the results of a three-year assessment process carried out by five international experts. One of them was Dr. Tom McCarthy, who runs the “Snow Leopard” program in a large charitable organization “Panther”.

“Status” under the threat of extinction “is appropriated to snow leopards in the event that the number of adults is less than 2500 and their number is rapidly declining,” he explained.

“Both factors are currently considered extremely unlikely, which is good news. But this does not mean that snow leopards are safe and can be celebrated. This species still faces a high risk of extinction in the wild and is probably still shrinking – just not as rapidly as before. ”

Assigning the “vulnerable” status means that the species has up to 10,000 breeding animals, and the population has declined by at least 10% for three generations.

The Snow Leopard Trust, whose goal is to protect a large cat in public projects, is against changing the status and plans to challenge the decision of the IUCN. “We believe that this can have serious consequences for the species,” the representatives wrote in the blog.

Snow leopard researchers believe that species reduction can be prevented by special conservation projects that include protecting agricultural animals from predators, which are sometimes killed out of vengeance for loss of livestock. In recent decades, the number of protected areas in the habitat of the snow leopard has increased significantly.