Snow melts in the Himalayas because of India 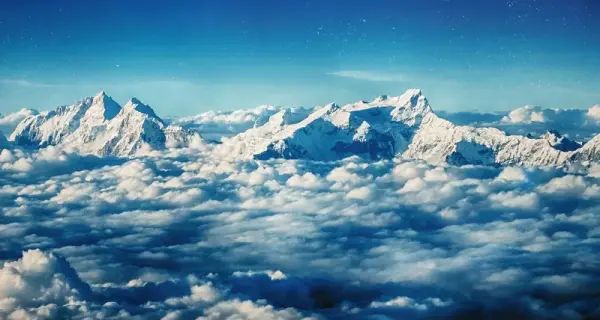 Industrial projects under construction in 12 states of India, located along the Himalayan mountain range, threaten the environment and will have a huge impact on the melting of glaciers in the mountains, which number 46 thousand.

Climber and activist environmentalist Dawa Stephen Sherpa recalls one August 2017 evening when an alarming message came from an environmental research organization he worked with that the Chukung village of Nepal, at the foot of Everest, was about to be flooded by the melting glaciers.

“Lake Imja, right above the Sherpa village, literally exploded. I was asked to immediately evacuate the villagers, ”Stephen told VICE News. As a climber who has been to Mount Everest three times, Stephen has seen the impact of industrialization on the Himalayas: “If you pick up snow in the Himalayas, you will see a layer of black soot from the carbon emissions of neighboring industries.”

Recently, 52 environmental organizations and activists from 12 Himalayan states in India prepared a letter addressed to the Ministry of Environment, Forests and Climate Change. It highlights that industrial projects are causing enormous environmental damage to the world’s youngest mountain range. By the way, the mountain range is 2,400 kilometers long and runs through the territory of five countries, including India, Nepal, Pakistan, Afghanistan and China.

The letter notes that a hydropower project to generate 150,000 megawatts of electricity could negatively affect nearly 90% of India’s Himalayan Valley and destroy 27% of the region’s forests. The accelerated rate of glacier melting has serious implications. These are flash floods and landslides that have killed 21 people in the past three months and forced 30 families to leave.

Despite the fact that the mountain range is gradually losing glaciers, the government of India has presented a project according to which enterprises can clean up after the fact, as well as reducing the amount of compensation for damage and providing for the opportunity for enterprises to report their own violations.

The Indian government is accused of endangering the biodiversity of ecologically sensitive areas in order to facilitate business. This will only significantly accelerate the melting of glaciers and lead to disaster.